Cartier’s Calibre de Cartier range has become tremendously popular since it was launched. Powered by the automatic Calibre 1904 MC movement (named after the date on which Cartier’s watchmaking history commenced), it’s a decently sized 42mm but wears easily, and I’ve been quite taken with the white dialled steel version since I first saw it at the Calibre de Cartier launch in Sydney last year.
The use of short films and promotion videos by watch brands is increasing, whether it by an established brand such as Rolex with its often quite educational pieces, or even Stepan Sarpaneva with his magical short film offering a few months ago. Cartier has just launched the second instalment (they call it “Episode II”) of their Calibre de Cartier “story” on Facebook, Cartier’s channel on YouTube, and of course, you can see it at the Calibre de Cartier website. I’m hazarding a guess that there will be twelve episodes.
Just in case you missed out on the first one, here is Episode I :
The newly debuted Episode II :
If you want to take a look at the 1904 MC, they have a film for that as well :
I have to confess that I’m actually rather enamoured of Cartier’s White Gold Rotonde de Cartier Jumping Hours, but that’s a whole different price point alas... 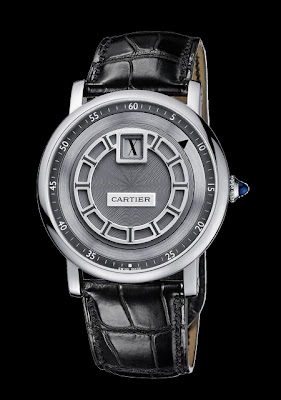 Email ThisBlogThis!Share to TwitterShare to FacebookShare to Pinterest
Labels: Cartier