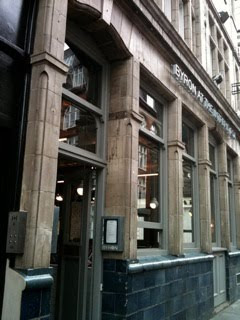 A couple of tweets back, I got a message from the food division of the 'Sydney Tarts', advising that the burgers at Byron's were reputedly worth a bite.
If anyone takes the time to recommend something to me (and they know how critical I can be ;-)), I always take up their suggestion.
A search of Byron website brings up a number of venue options in and around London, and the first impression you get on the main web page is that they are more than just another 'Burger joint'.  Their website emphasises that they use grass fed Scottish beef from small farms, that their meat is freshly ground at 5am every day, and served on in-house baked buns.
Byron seems all about the genuine burger taste, freshly baked buns, aged beef, and not something that is just squeezed in a box or served with 60s background music. 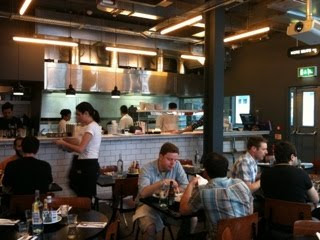 So it was that one day, in-between World Cup games and trolling the West End for fine antique watch shops that, I took a break and visited the Byron's on Wardour St. This branch is in one of the more colourful neighbourhoods on the Byron list of venues.

The appearance of a third branch in the Taste of Shanghai mini chain of restaurants at World Square in the latter part of last year, the other two being in Ashfield and Eastwood, was a welcome one.  I have been there a few times now, but have not been bothered to photograph what I've eaten, so you will just have to let your imagination run within the limited scope of riot that a suburban Sydney Shanghainese restaurant allows.
This post is from a meal that I had at the beginning of this year.  They were three dishes which I'd not previously had at any Taste of Shanghai, and as they are not the ubiquitous Xiao Long Bao, Shallot Cakes or dumplings of whatever iteration, I decided to drag these photos out for an airing. 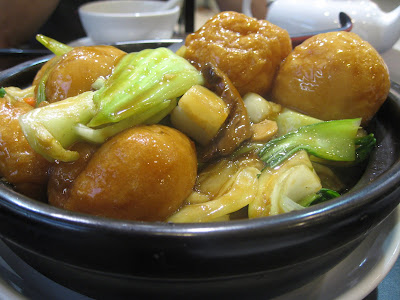 Flour tendon with Vegetables in Hotpot ($15.50)
This hot pot is on the more simple end of the vegetarian spectrum, but it was nonetheless quite a flavour filled mix of vegetables in a generous serving of almost broth like sauce, the flour tendons light and airy, but with a nice chewy consistency. 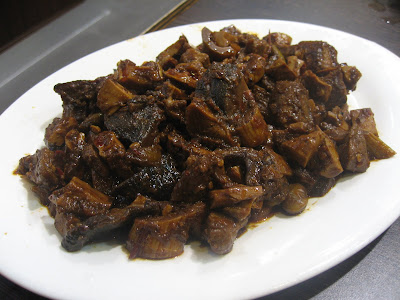 Eight Treasure Diced Pork in Mild Chilli Sauce ($8.80)
The "eight treasures" referred to in this dish is not unique to pork, as the "eight treasure" combination is also used for other meats, and often in medicinal soups. The number refers to the use of eight different ingredients to accompany the core ingredient, in this case, pork.  Unfortunately, I forgot to note down those that I could identify at the time, but I do recall wood ear fungus and gingko nuts.  The pork was tender and well cooked.
Read more »
Posted by The Sydney Tarts at Wednesday, June 16, 2010 1 comment:

A few weeks ago, your humble HK Tarter manage to score an invitation to the most anticipated collection exhibit this year – the 2010 Patek Philippe Basel releases.

The event was hosted by the Hour Glass Hong Kong and held at a pretty nice hotel. The first reader to guess the venue gets a minute repeater*.


This is the first in what will be an ongoing series about randomly selected watches that one of us currently owns, or has owned.

I thought that I'd start the series with one of the most beautiful and classic 'Tart Watches', the Patek Philippe Complication Ref. 5054.

Introduced to Patek's range in 1999, and now discontinued, this particular watch is the RG model.  It was also available in WG and Platinum. 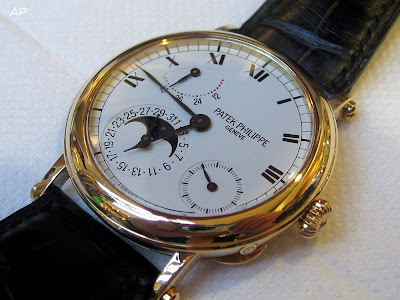 Interestingly, the case is only 31mm, but it seems to sit much larger than this on the wrist.  The case is 3.98mm thick, and has a dual position winding crown - pushed in for manual winding, and pulled out for setting the time.  Both the date and moon are set by push pieces, and if you try to make changes whilst the automatic date change is engaged, an automatic safety device prevents internal damage.

The milled, turban crown is a noticeable departure from the more usual crown decorated with the Calatrava cross.