When is a square not a square? When lazy hacks who couldn't even be bothered doing a google image search and decides that tonneau shape, rectangle and cushion are close enough. Try explaining that one to your kindergarten teacher and see where that gets you. You're NOT going to fit a rectangular peg into a square hole no matter how hard you push. So here we go. We at the Tarts spend a little more time on google, and find you the top 10 best square watches that are ALSO powered by a mechanical movement, and are either Swiss/German made. (Yes again I know the Japanese make some really nice square mechanical/quartz watches too but you know, that would be a very broad range and simply make this list a little too easy and a little too meaningless.)

Plus, as an added bonus, we are covering a broad range of price points and styles (and yet still remaining perfectly square) so there is a watch for every budget/style. In fact, we are feeling so generous that we are giving you a list of 15 (more like 20 but we'll get to that) because some watches may be a little difficult to come by and others maybe no longer be available brand new from an authorised retailer. Plus some we included cuz we like 'em. Here we go. In no particular order, it's hip to be square!! (Yes we know it's an overused cliche phrase…) 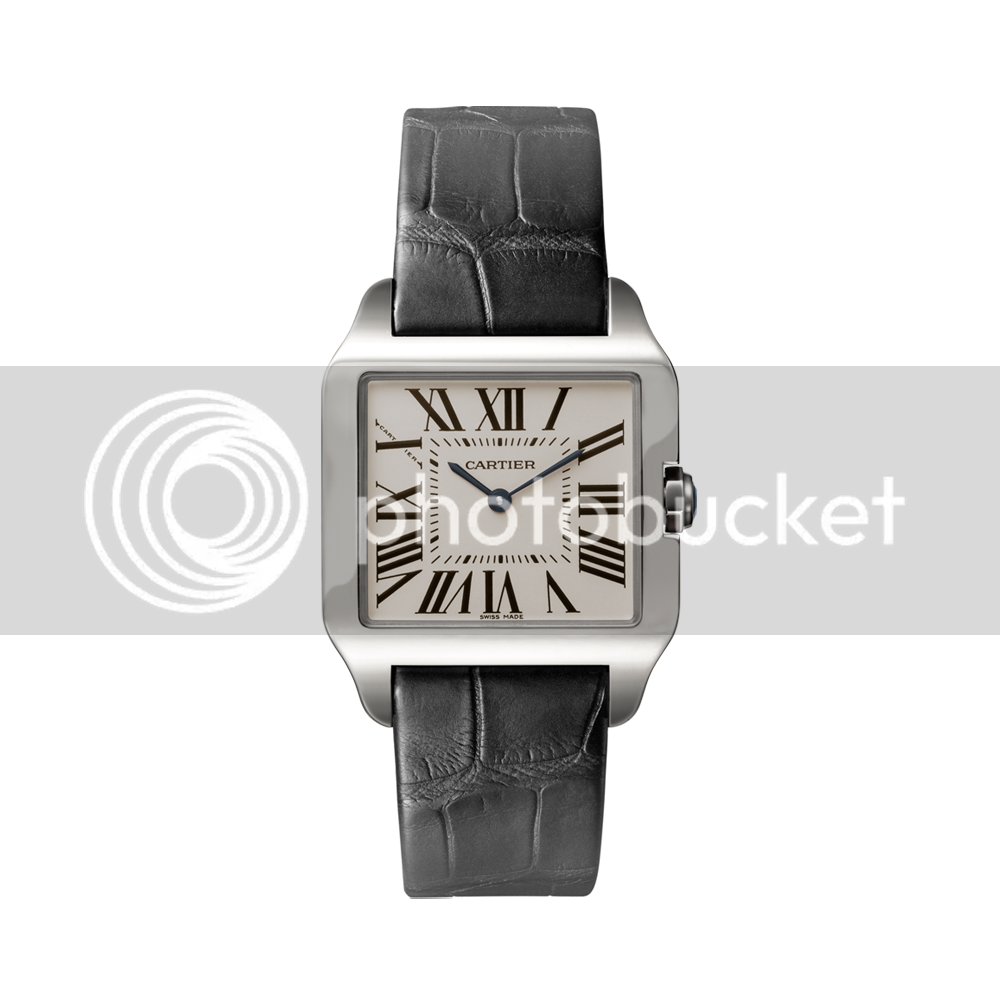 Santos Dumont, an aviator, was a good friend of Louis Cartier and in 1904, Santos Dumont was presented with what seems to be the 'first' wristwatch made especially for men, as it was quite difficult to keep track of time using a pocket watch when both hands are needed to fly a plane. Say what you will about Cartier being a "jeweller" but they have a long history in wristwatches. The Cartier Santos Dumont is one of my favourites powered by a Piaget manual wind movement. Thin, elegant, unpretentious and unmistakably Cartier. 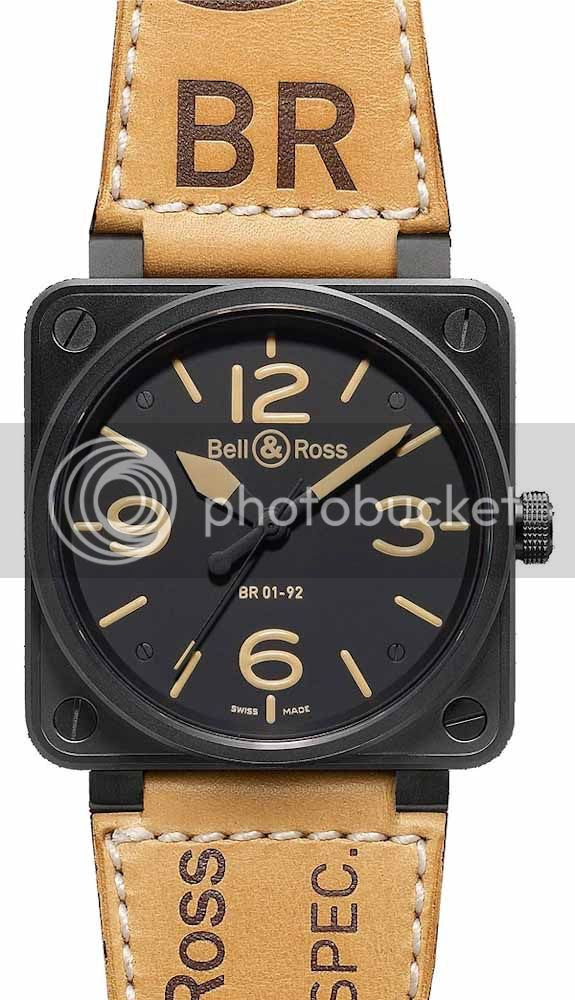 Also inspired by aviation (flight deck instrument, in this case) this is quite possibly the antithesis of the Santos Dumont (in terms of square aviation themed watches). Loud, big and in your face, it literally feels like you've strapped on the actual instrument to your wrist. And that's what I love about it. The basic BR01-92 is the pick. Clean and highly legible, it wears really well (believe it or not) due to the relative thinness of the watch. 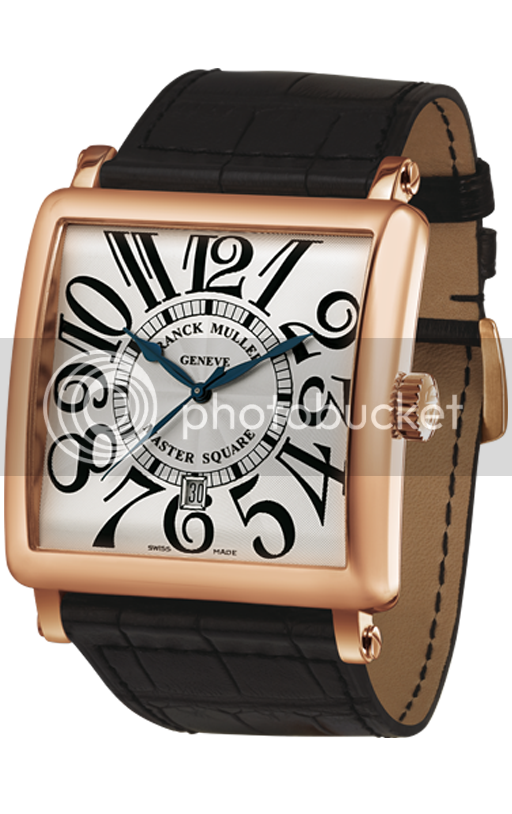 If you must have a Franck Muller and you don't want to be seen as a tonneau-shaped sheep, this is the watch for you. The watch features the classic Franck Muller arabic numerals (or if you prefer a Cartier on steroids look, it also comes with Roman numerals). The whole case is actually curved in profile to hug your wrist, meaning again, the watch is very comfortable and wears extremely well. 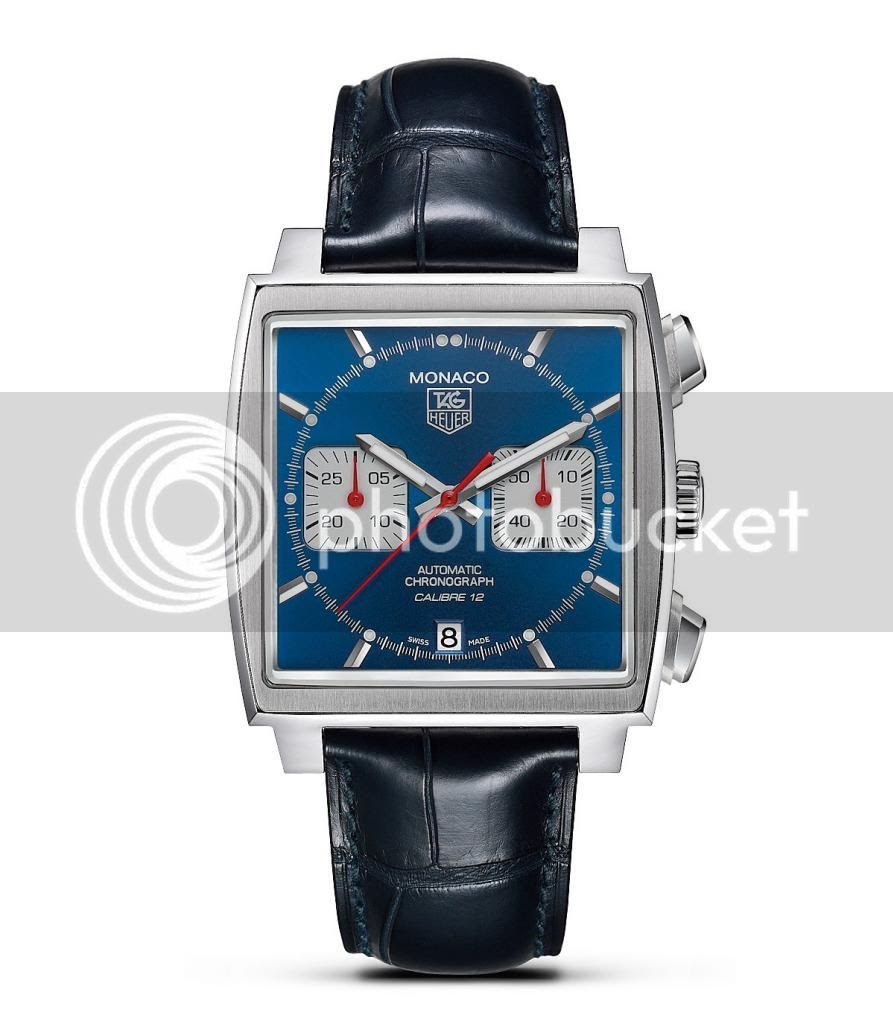 Originally introduced by Heuer in 1969 in honour of the Monaco Grand Prix, it was made famous by Steve McQueen when he wore it for the film Le Mans in 1971. So famous in fact TAG Heuer is still using Steve in advertisement - I mean, wouldn't you? Steve McQueen is, like, the epitome of cool. And if a cool guy like Steve wears the Monaco, that means I'll be able to bask in the reflected glory when I wear the same watch. All jokes aside, it is a classic and the watch has not changed since it first appeared (not many watches can claim that). 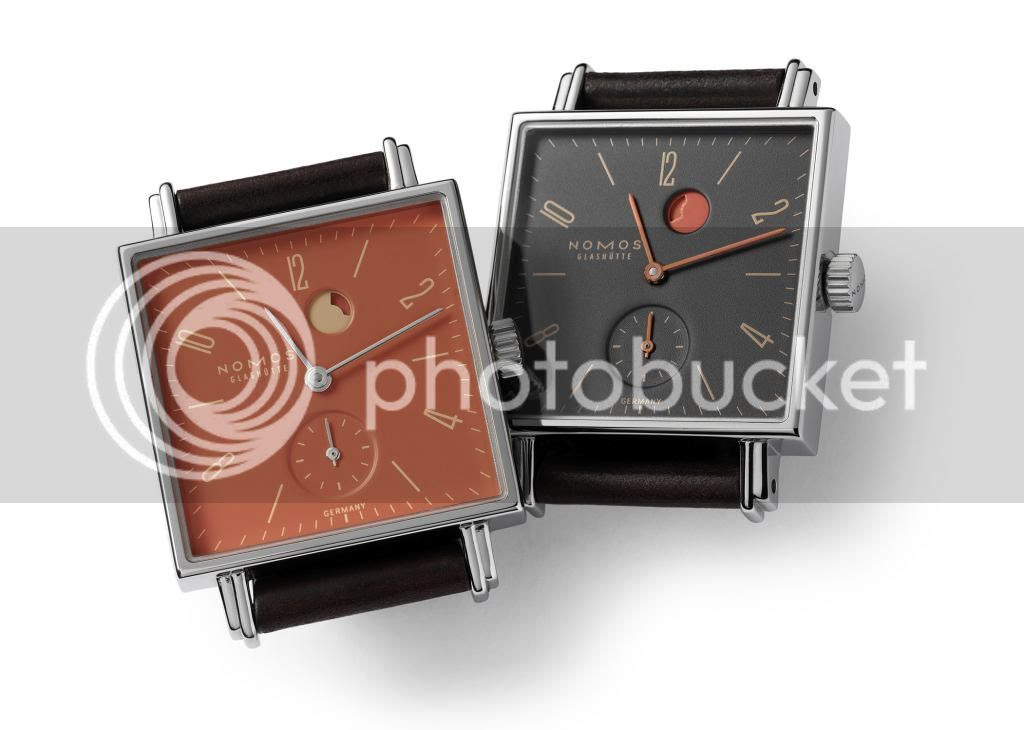 At 30mm this is getting close to a midsize. Yes, square watches do wear bigger, but this is more for those who appreciates a time when wristwatches weren't so bold. Even so, the Tetra is very modern in its simplicity. Bauhaus style with a dial that's uncluttered, powered by an inhouse movement, you could do so much worse than this. And by wearing this watch you're quietly confident and you obviously do not need to over compensate for anything. It's also the only watch on this list that is made in Germany. Read into this anyway you like.

These next two seems to have been inspired by the same watch and the same year! However they vary quite differently in price point and execution. 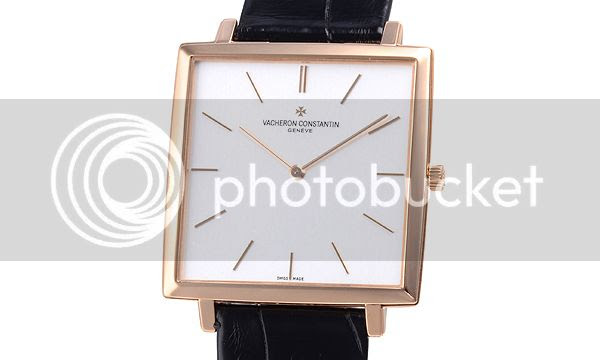 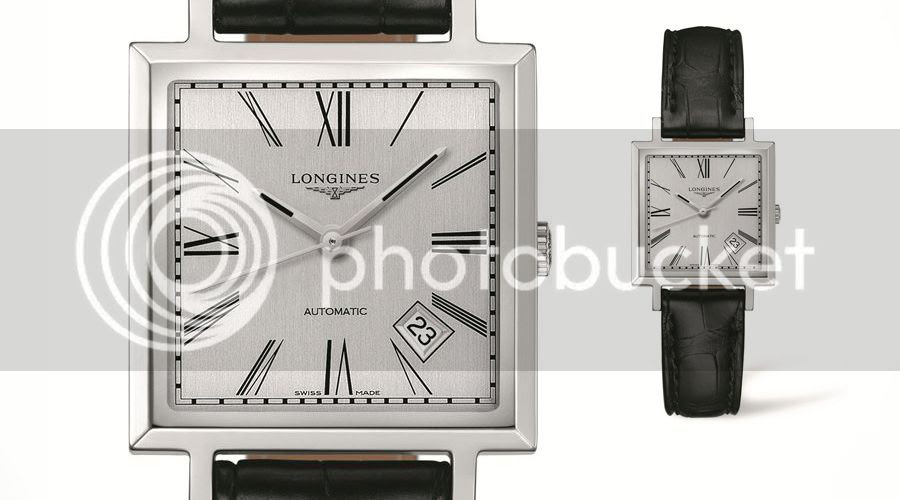 The Vacheron is an ultra thin automatic watch powered by the thinnest full rotor automatic movements. The VC Calibre 1120 was designed by Jaeger-LeCoultre for use exclusively by Vacheron, Audemars Piguet and Patek Philippe. The movement is a mere 2.45mm thin, therefore the whole case can also be made extremely thin (at a svelte 5.4mm). The Longines on the other hand has no such luxury when it comes to thin movements. That's not to say it doesn't have a relatively thin movement to borrow from sister company ETA. The 2892-A2 is one of the thinnest automatic movements around, plus you get a date function! Other than that it's a touch smaller compared to the Vacheron. Both are elegant and resolutely square and you can't go wrong with either if you happen to be born in 1968, or if 1968 happens to be a significant year for you. 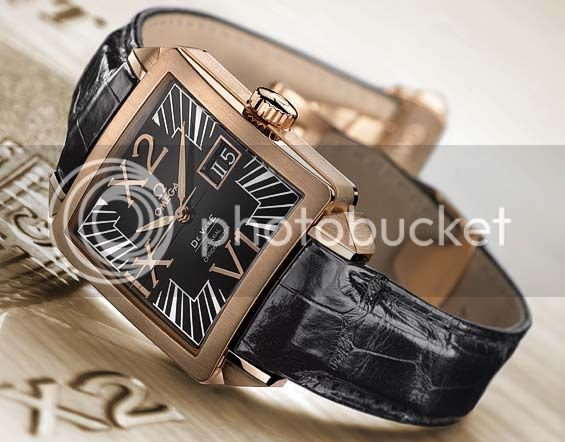 This is a strange one and one that didn't do too well when it was available new. For some reason I like it and one of the reasons why most people hate it is the reason I like it - the mixed use of Roman and Arabic numerals. Case is based on a historical Omega and there were a few different variations of dials/complications that can be had with this model. It is an through-and-through Omega so the quality is there. And because of its unpopularity you could pick up one on the cheap somewhere... 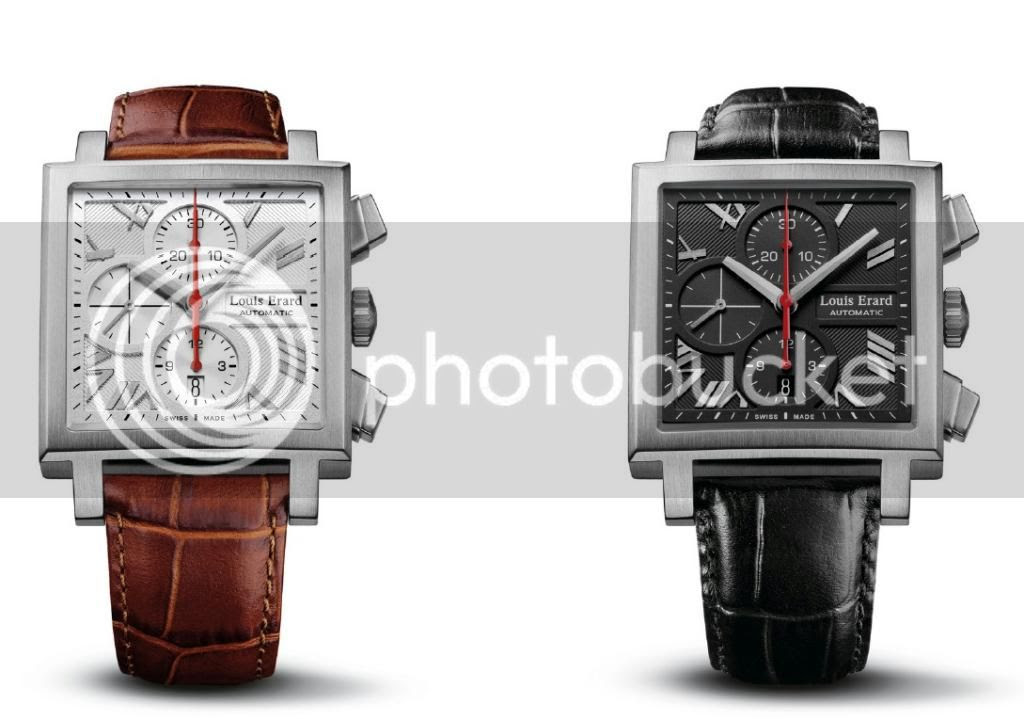 Louis Erard is known for their extremely good value for money, given they're Swiss made, and runs reliable workhorse movements. I could not believe my eyes that the chrono here can be had for around 600 Euro! A well made, Swiss automatic chronograph (Valjoux 7750 from the looks of it) for this sort of price is a bargain! Now I have a feeling that this one might also be discontinued but it's easy enough to find online. Hmmm I think I may have just sold myself on this... 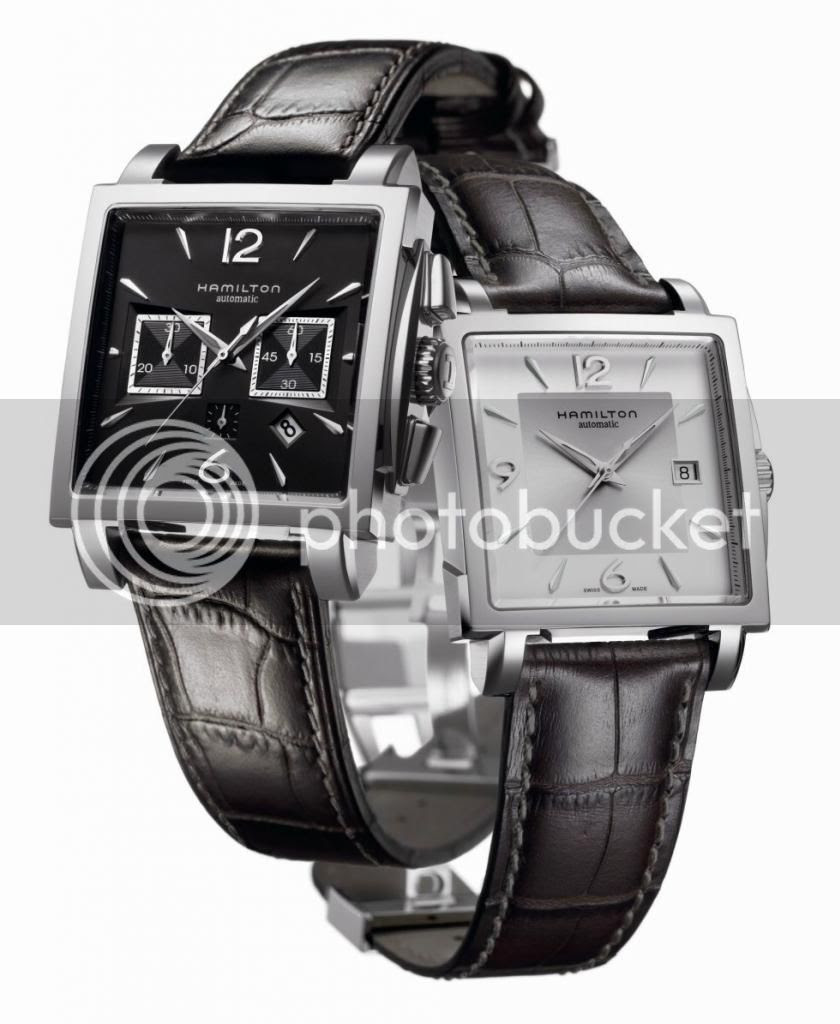 This one seems like it's also discontinued, but I'm sure these models can still be found if one uses Google. Hamilton, like Louis Erard makes extremely great value watches. One advantage that Hamilton has over Louis Erard is that it's part of the enormous Swatch Group, meaning they have access to movements galore and much better economies of scale, hence their extremely competitive price point for the watches you get. I'm a big fan of some of the models out of the Jazz Master range and I didn't realise they had a square version till I was googling for watches for this post.

Because I'm feeling generous here are five more square watches. (I realise that some of the watch on this list are discontinued, meaning for those who prefer the security of buying new from authorised retailers will have less choices overall.) 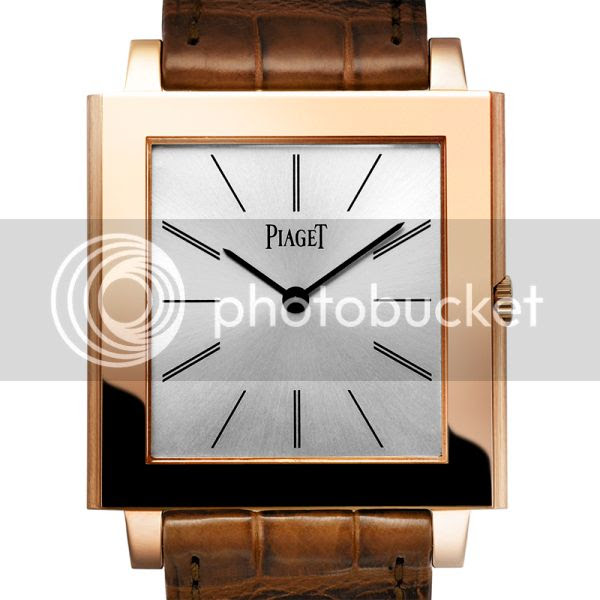 This piece is discontinued, but again, thanks to the internet, I'm sure one can be tracked down without too much hassle. Like most ultra thin Piaget watches, this one is elegant, classy and dressy, and has a certain je ne sais quoi about it. Piaget makes beautiful watches and as they are proper watchmakers, with gorgeous inhouse movements to boot. If you ever need a watch for a black tie event, but something that won't clash with others at the shindig, this would be it. I did mention that it was thin right? At 4.5mm, this is one of the thinnest mechanical watches around. 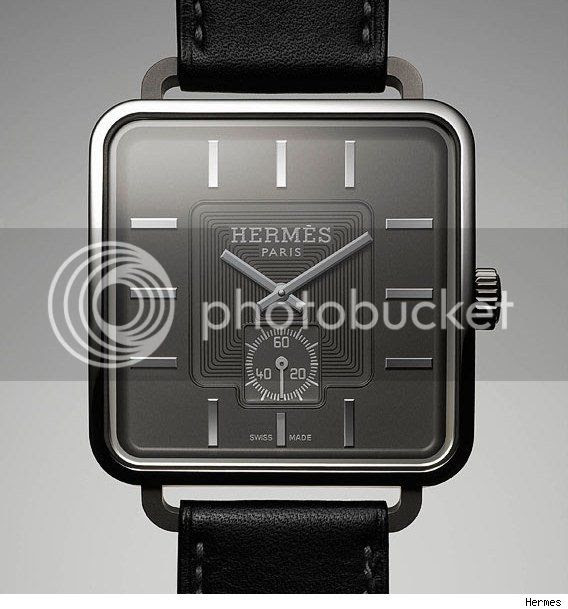 Don't listen to anyone who tells you Hermes are only good for bags. They have a long history in watchmaking, although they may not have had invested much in their watch division at times. This piece is a limited edition, and completely sold out. This piece was designed by French architect Marc Berthier, and limited to just 173 pieces. The watch is powered by the Girard-Perregaux caliber GP3200 movement. I'm sure if you do manage to find one, you'll have to pay above the retail price of around US$15k 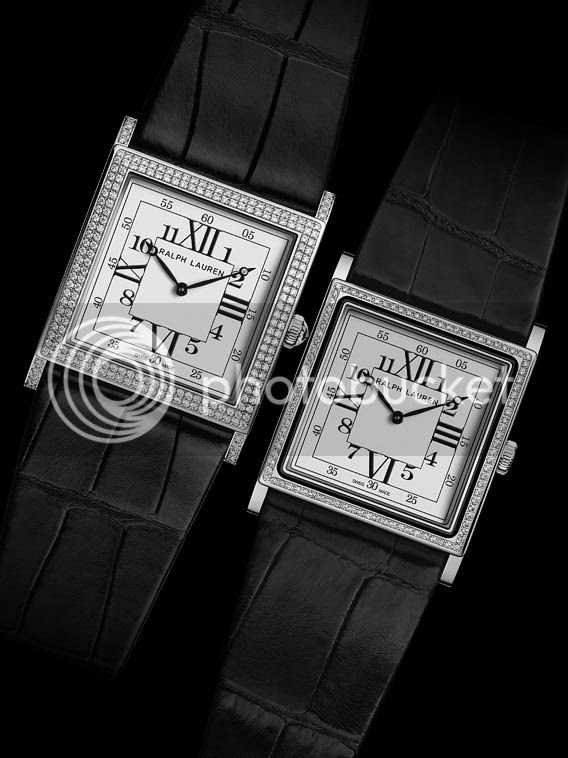 I'm going to quote a sales blurb: "The Ralph Lauren Slim Classique collection represents modern watchmaking with classical, slender proportions that recall a bygone era." Right. at 27.5mm, I'm going to call this a lady's watch. As much as I like my Ralph Lauren, I really cannot see the value in the watches though, Yes I know they're well made and this one probably runs a Piaget movement, but... 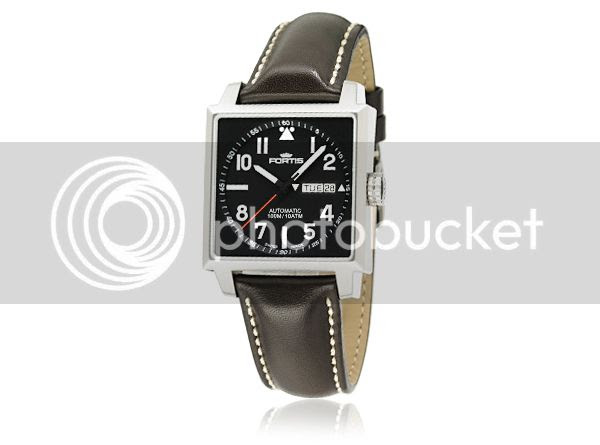 I'm kicking myself for not buying this when I had the chance. (yes, had the chance but not the money!) It's a chunky watch, but it's anything but imposing. It looks great, has substance and it's not expensive. I prefer the day-date version over the chronograph because of the cleaner dial and I think the styling worked better in the Louis Erard compared to the Fortis, given it's the same movement. at 39mm, it's a good, solid size. 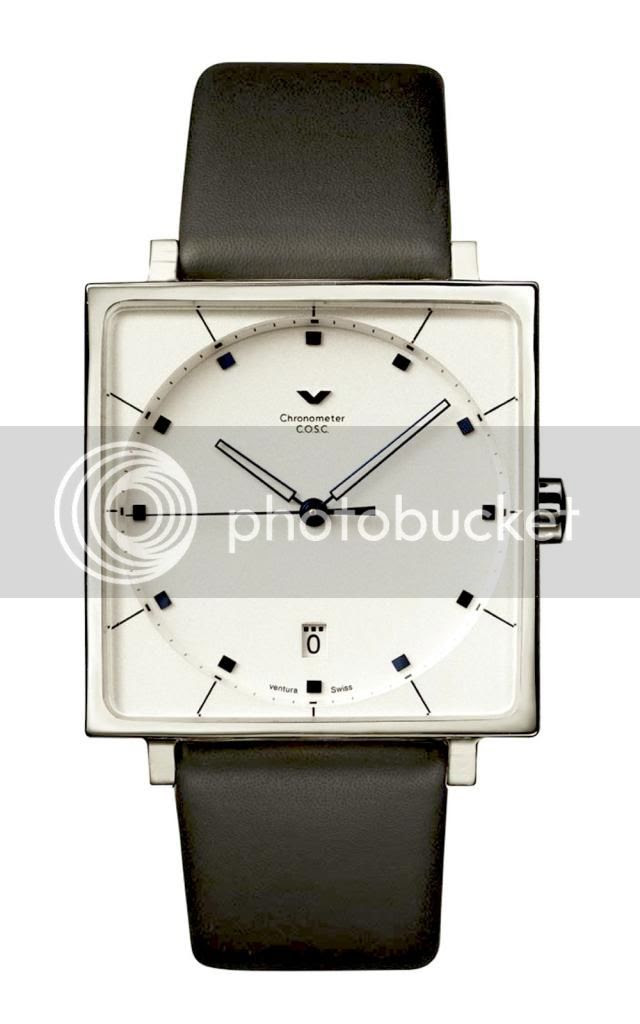 Here's one from the recent past. I've always appreciated Ventura's styling. Very digital sci-fi and spacey, but running very traditional mechanical movements. The V-Matic Ego Squre is from the early 2000s, and in time it'll probably look quite retro-futuristic.

So all up you have almost 20 properly square watches (due to the time only/chronograph variations in the same style case, or different dial layouts). They do wear quite differently to round, cushion shaped or even rectangular watches, so like always, try it on first if you can!


Oh... and if you have kids who are into Thomas the Tank Engine.... 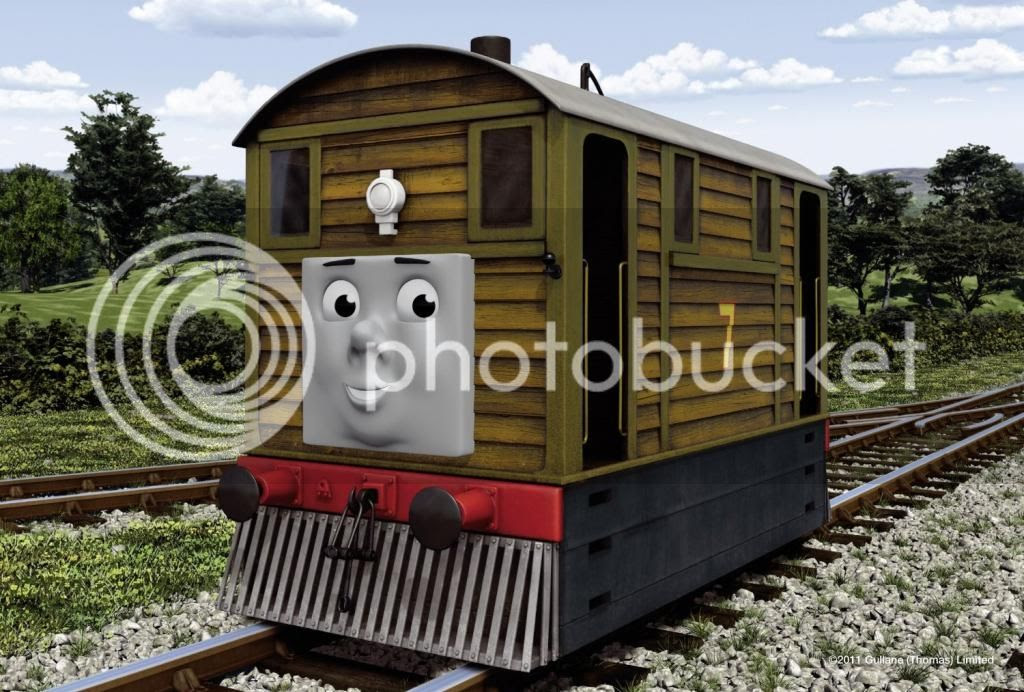