If I were to choose a click-baity kind of title this would have been something like, “You would be shocked at the price of this Seiko!” but this is not that kind of a website, and as much as I would like to just poke fun and use that title, I won’t.

I came across images of this new release and I was intrigued. It looked fantastic! As a fan and owner of numerous Seiko pieces I thought this was another piece I wouldn’t hesitate to add to the collection. It hits all the marks for me… until I saw the price.

Now it is true and for those who known me well, knows that I am a sucker for nostalgia and I do tend to dwell in the past more than I do in the present… Yes I’m one of those that talks about the good ol’ days (well that goes for all you Rolex-heads as well. You know who you are.) When I first began in retail in the industry, almost 2 decades ago, an Omega Seamaster Professional 300m automatic (better known as the Bond watch) went for RRP of $3100 Aussie dollarbucks. The most expensive Seiko we had in the store was a $750 Seiko kinetic perpetual of sorts (not the funky one with the 4 separate dials.) That watch sat because the vast majority of the Seikos sold in the store was around $150-$200.

How times have changed.

What’s the point? I’m getting to it.

The watch in question is the updated Seiko Shogun (Reference SPB189J1 – remember Seiko doesn’t deal in nicknames. The enthusiasts christen watches with names but… officially…) This seems like the same case and bracelet as the previous generations, with an updated movement and longer power reserve, new dial and hands. Oh, and a big fuss made about the matched date disc colour.

I really like the look. I think the refined hands matches the new triangular indices, and the case is nicely designed and produced. It has gone from a Rolex-esque styling to having an identity of its own. A definitely improvement but I can’t help feel that it might be a little too similar to its sibling now - the “Samurai”. The bracelet still looks and feels like it belongs more on a $100 watch than something with 4 figures, but I guess you are paying for the titanium, the hard coating and the finishing on the case. Judging from the images it certainly won’t look out of place next to a Seamaster or a Tudor. Now if only they would put a bit more effort into the bracelet…

Long gone are the days when the Shogun could be had for around $1000 (before the re-branding to become part of the Prospex line) and even then, one could be had for around $1500, but at that price point it really was only for the Seiko enthusiasts and not the general public. However, credit where it’s due – Seiko has done wonders moving the brand image up the price point. And whether or not you feel it is justified, it’s where they are now positioning the brand.

Head over to Fratello Watches for some really fantastic pics of the watch. Unless of course, Seiko Australia, you're willing to send me one for some more lifestyle photoshoots?

We all know that the tri-colour subdial Zenith Chronomaster with the silvery base dial is a modern classic, with only slight alterations to the case and dial over the past 50-odd years. The classic look, however, may not be for everyone. Just like not everyone wants the classic Speedy moonwatch (gasp horror). 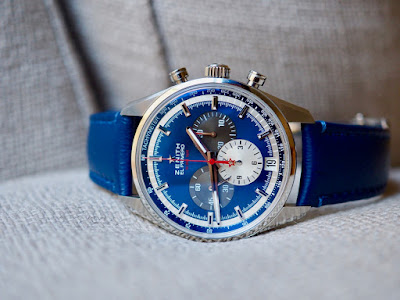 The blue dial version of the Chronomaster was launched in 2016, alongside the dark grey version as well as a “classic car” version, with vertical Geneva stripe finishing on the slate grey dial, mimicking the finishing on car engines. These were an attempt to offer some variations on the theme and to offer alternatives. Did you know, however, that there were actually multiple dial versions of this watch? 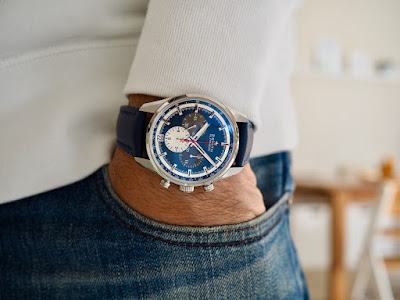 Now it never ceases to amaze me just how Rolex is able to garner headlines and in-depth articles out of mere changes in millimetres. I mean, surely there are more important things, even in the watch world, to talk about? Another thing that really gets the the discussion going are the subtle differences in dials/date fonts/text sizes/lines of text/colours of text etc, and each can be discussed in so much detail they almost warrant a thesis. Not to mention the sort of effect on the resale value. So what are the versions exactly?

Version 1: This has the red 36,000VPH line of text underneath Zenith and El Primero at the 12:00 position. Rumour has it that the red text only ever appeared on the prototypes, but there have been a handful spotted out in the wild, meaning there must have been pieces in this configuration that were sold through to retail stores. How rare is it? Who knows? There are no numbers provided and I doubt Zenith will ever provide the numbers.

Version 2: This one goes without the red 36,000VPH text on the dial and has the “wrong” configuration of the 12-hour counter overlapping the running seconds and the minute counter at 9:00 and 3:00 positions respectively. Believed to be produced only for around a year (mid-2016 to mid-2017) before the next version came along.

Version 3: Final version with the “corrected” dial layout – 9:00 and 3:00 subdials overlapping the 6:00 subdial – thus makes it easier to read the markers for the minute counter (rather than having several minutes obscured). This version was produced from mid-2017 until mid-2019, when the “coloured” models of the Chronomaster range were phased out.

There are still a few of these pieces hanging about at dealers, so have a good close look at the versions using this article as a guide. You never know when you might stumble upon the single red, which I reckon will have the potential to be as sought after as the Rolex double red.

There is apparently another version with the word “automatic” printed in the 6:00 subdial. I was assured by experts that it exists even though a search through Google yielded nothing. I have seen all the other 3 versions, but this one may just be the unicorn in the Chronomaster range and perhaps, worth seeking out as it may prove to be a decent long-term investment perhaps? 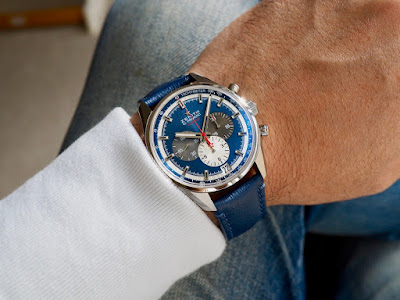 Having said all that, what’s it like on the wrist? I’m sure the purists will scream that 38mm is the only way to go, that it’s the perfect size for the wrist, etc etc. But not everyone’s tastes are the same. And to be honest, although I personally think the 38mm wears bigger than the actual figure suggests, the 42mm also sits nicely, and gives a much more modern look and feel. The date window at 6:00 in the 42mm version is also much neater and better resolved compared to the 4:30 position on the 38mm. Other than that, the case shares the brushed and polished finishing, with the all-important see-through case back. The dial is fully legible, and it really comes down to whether you like the overlapping sub dials or not. 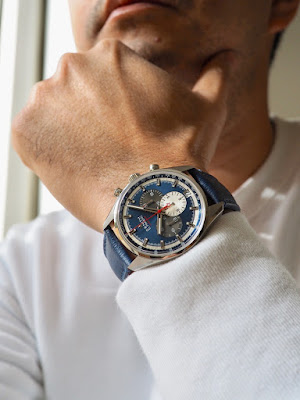 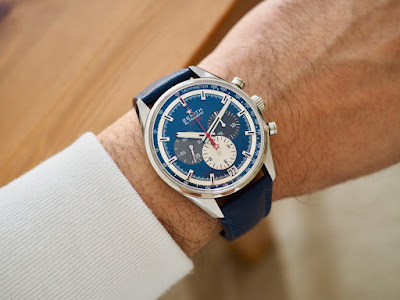 Pushers feel a little stiff for a column wheel chrono; it doesn’t have as much springiness to it, compared to a similarly aged Omega Speedmaster Cal 321, but it is still vastly better compared to a cam and lever chrono. I’m not a fan of the style of folding clasp used on the watch, but then again, I’ve always preferred a pin buckle as they tend to sit flatter, but you do run the risk of possibly dropping the watch when you’re putting it on/taking it off the wrist.

Overall it’s a fantastic version of the classic tri-colour sub dial Chronomaster; to be something a little different and, given its short production run, you’re not likely to run into someone with the same watch.