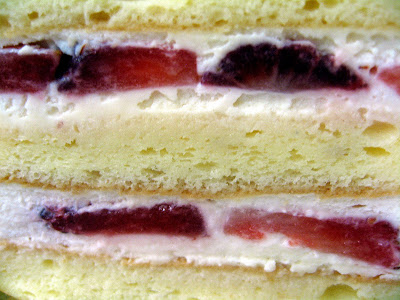 The Tarts seem to drink a lot of coffee and eat a lot of cake. Strangely, our eponymous tarte au citron doesn't seem to be feature as much as it used to, though this is something that some of us are attempting to rectify by means of a Sydney wide trawl for lemon tarts.
The above, for example, contains no lemons of any type. 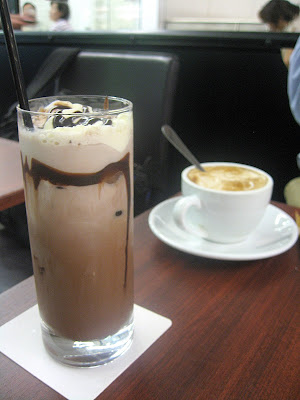 The reason for this impromptu coffee and cake was the birthday of Tom, one of the co-founders of the Sydney Tarts.  Rather than going to our regular weekly haunt, we headed instead to Azuma Patisserie (previously known as Cafe Azuma).
Yuki Azuma is the co-owner of the patisserie with her husband, chef Kimitaka Azuma of "Azuma Chifley" and "Azuma Kushiyaki" (next door to the Patisserie) fame.
Tom's choice was the tiramisu, a more cake-like version than the traditional sort but, I am told, a toothsome exemplar of this popular dessert. In retrospect it was neglectful of me to forget to bring a candle along. Sorry Tom, I promise to remember next year....! 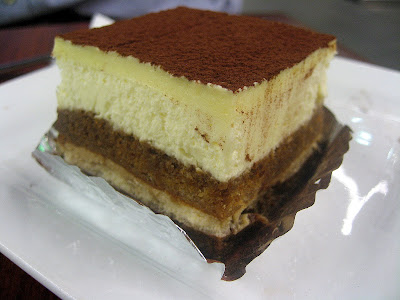 My choice was the strawberry cake, a vague attempt to fool myself into thinking that the presence of fruit would somehow negative the fact that it was creamy and fattening. Not being one who is heavily into cream, I admit to removing the top swirl. 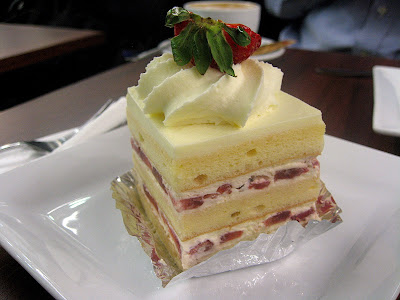 The verdict? Well it was a good solid strawberry cake with a light sponge, the cream not too heavy, and sweet fresh strawberries. I enjoyed it, and can't really add more than that!
These were our watches on this day - something old, something new.... 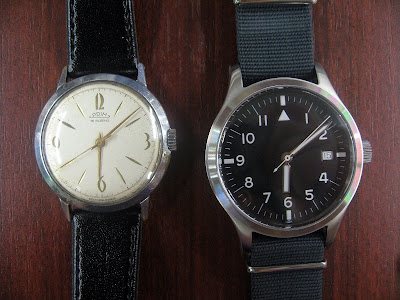 Left : Vintage 1960s PRIM
Right : Ollech and Wajs with a MKII type 48 dial and hands and a MKII sapphire crystal
You'll notice that rather interestingly, the PRIM is very similar to the Glashütte Original Senator Sixties. 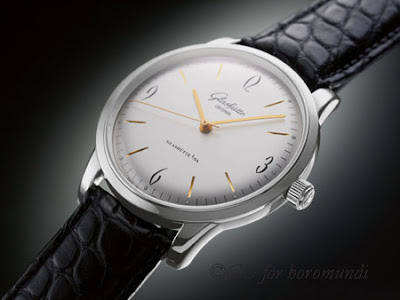 The PRIM was a gift from my friend Robert in Prague, whom I met on an online watch fora. I call him my horological twin, as we share the same date of birth.
Watches, friendship and food.
What more could a gal want?

oooh, I want to go there one day when I'm not watching what I eat!

It seems to have changed a bit with the name change but I think that you'd like it :)

I'm getting hungry just looking at it. maybe the tarts should always meet here?

Sam - It's definately worth considering as a location.