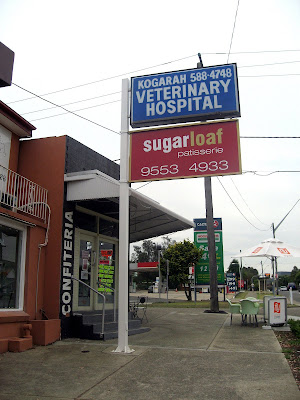 Kogarah seems far away to me. I've only ever been through the suburb, as opposed to having it as a destination. However, I had two reasons to head there, and convinced a trusty chauffeur to join me in an expedition to Pino's Delicatessen and Sugarloaf Patisserie, conveniently situated only two shopfronts away from each other. 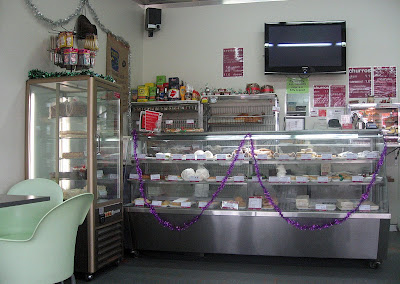 An unassuming suburban patisserie with an Argentinian bent to its offerings, there are some half a dozen tables in this simple but welcoming space. 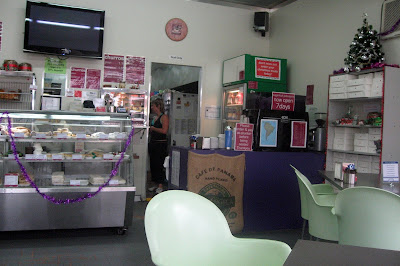 Sugarloaf covers a wide range of comestibles, from empanadas to traditional sweets, to pies and even sandwiches, which were sold in in a rather unexpected "layered" form (I forgot to photograph them). 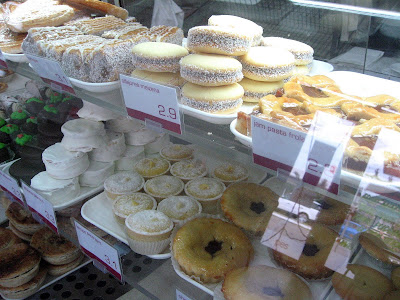 Without further ado, the reason that I was here - to try the empanadas. 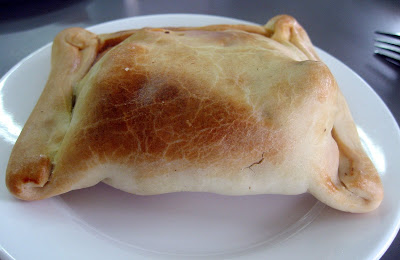 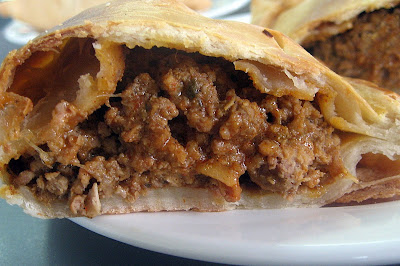 The combination of pastry and filling is one that is close to my heart, whatever its culinary and cultural roots. This one was a happy execution, with the filling chunky, generous, the olives diced into small pieces, and with a slight chilli kick. I enjoyed it so much that I purchased a few more to take with me.
Naturally, it was eaten with generous lashings of hot sauce. 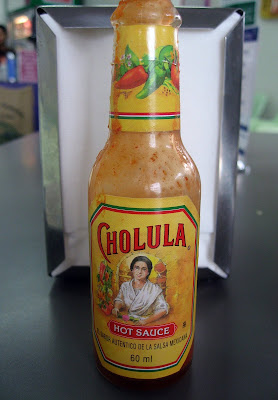 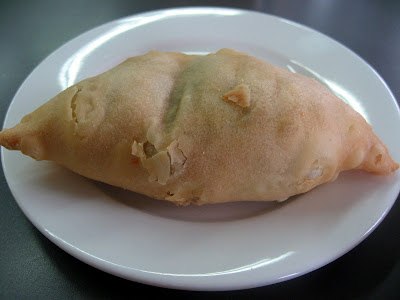 Unfortunately, this was not as much of a hit with me. It wasn't so much that there was anything wrong with it, but rather that when I ate it, I was left waiting (and wanting) for something. It was a little plain; unexpectional, I suppose you could say. 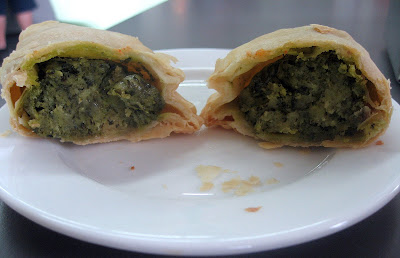 Sweets were next on the agenda. Unfortunately, the lunch companion was a smaller eater than I, and for some reason I just wasn't in the mood for too much sugar that day, so I only tried two items. 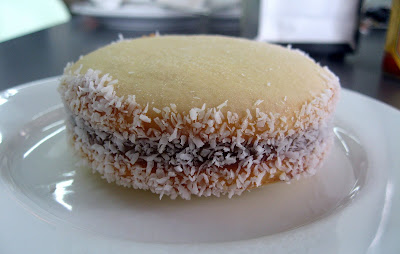 First up was the classic Alfajores Alfajores de Maizena ($2.90). 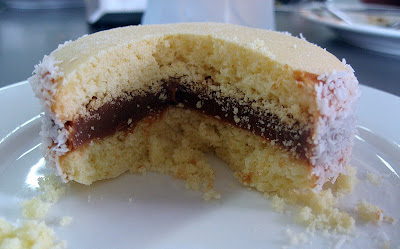 These are small Argentinian corn starch sandwich cookies commonly filled with dulce de leche, but  also jams, peanut butter, and even chocolate mousse.
Dry and crumbly, it wasn't as sweet as it looks. I enjoyed it, but nowhere near as much as I enjoyed the next item, the churros. 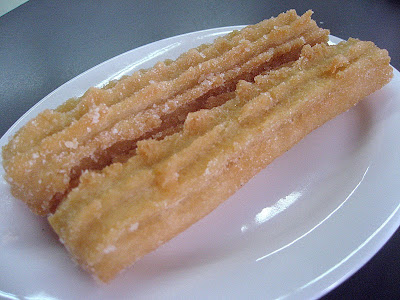 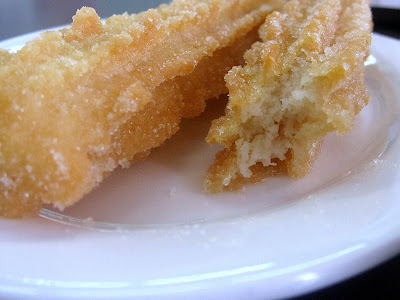 Two Churros with Chocolate cost $5.50, and what amazing churros these were. Light, and tasting wonderfully of that addictive sugary fresh doughnut taste, I would go so far as to say that these might be a contender for the best churros in Sydney. 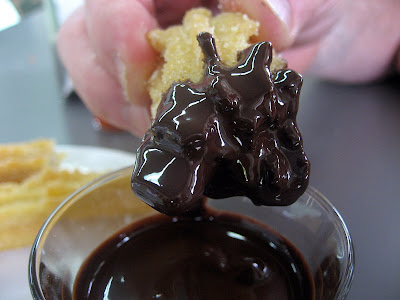 They were so addictive that I had to be forcibly stopped from ordering an extra one so I could use up the generous supply for rich unctuous chocolate. 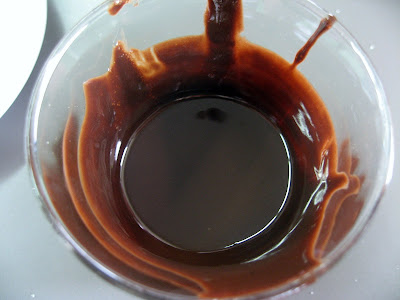 That left me with no choice but to drink the rest of it from the glass. 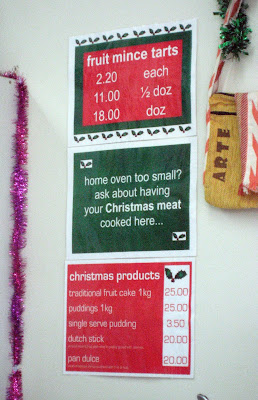 I realise that it is now post Xmas, but this is the first time I have seen such a sign, and I wanted to share it. How good was this?  You could get your Xmas meat cooked by them!
As I write this, I realise that I am having a craving to return, both to have another empanada, and to try some more of their sweets......
After visiting Sugarloaf, I headed down to Pino's Dolce Vita.

great find. are the churros freshly cooked? i'm always looking for a good one in sydney. San Churro so far my fav for freshly cooked ones :-)

Simon - The churros are fabulous. I've only been to the San Churro in Glebe, admittedly while back, and in comparing that experience with Sugarloaf, I have to say that Sugarloaf wins!

I went there with my wife and daughter one sunny weekend afternoon recently to find almost empty shelves, a poor selection to choose from and told that there were no churros available also. Very disappointing. You would think that a weekend afternoon would be their busy time. There were no other customers in the shop. No wonder really!