The first thought I had,"Le Très Bon (The Very Good) French Restaurant in rural NSW? Yeah right, I'd like to see that!" Le Très Bon came highly recommended by two colleagues of mine and so without hesitation, I made my journey from Canberra, across the border to Bungendore to see what the fuss was about.
The drive there was gentle and relaxing and the country-side scenery very picturesque and warm from the hue of the setting sun. 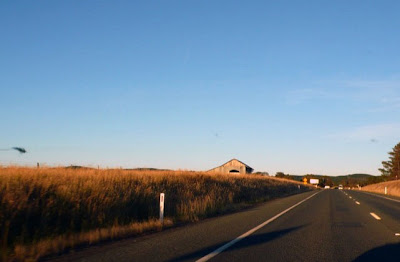 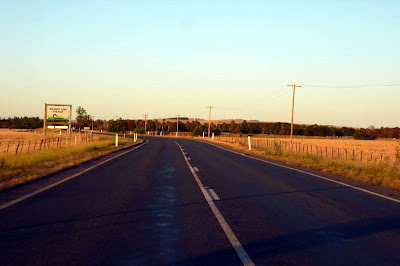 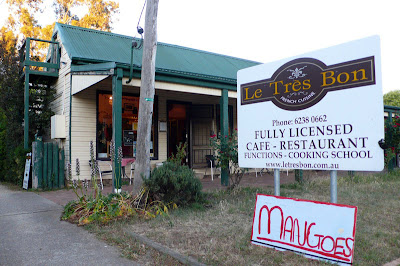 Je suis arrivé!
The interior was rather funky. What was more amusing, to me, was the waiter and waitresses in rather chic French outfits with their beret but a definite Aussie accent! ;) 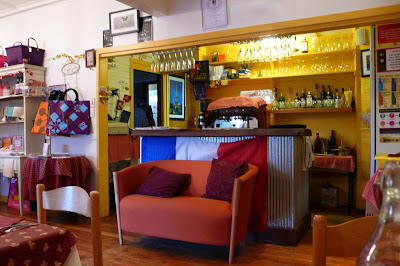 French chic interior
Le Très Bon tries to promote and use the region's produce. The menus are inviting and have a fantastic offering of well-known French dishes all at very reasonable price. Previously, Christophe and wife, Josephine, had Christophe's Restaurant in Manuka, Canberra. Because of the long commute, Christophe has moved to Bungendore, and it's all very good for the people in and around Bungendore, as this is a fantastic place.


Choosing the matching wine to my entrée and main was rather difficult. There’s an extensive list of French wines by region that I was most impressed about but also, a good choice of Canberra District winery offerings. In the end, I settled for a 2005 Roux Saint Aubin pinot noir. This is a very elegant pinot. The nose is full of cherry. The wine has great length with cherry and vanilla and finishes very elegantly and smoothly. It is delicate, elegant but not overpowering and heavy. 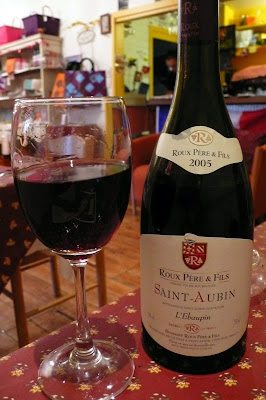 First up was the Escargots traditionnels. The snails are prepared in shallot, parsley, garlic and some butter. This dish is lightly gratinée. I really enjoyed this escargot as it is very tender, not overly buttery, and I just loved the garlic! 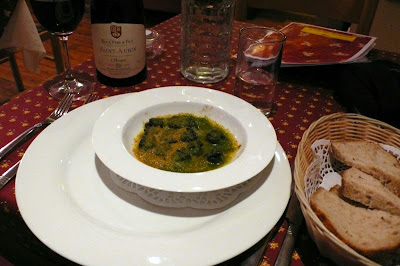 The main course was Confit de canard sauce orange. Another beautiful dish. The duck thigh and drumstick was nicely cooked, not overly done and dry, and the slightly sweet orange sauce matched perfectly. This was counter-balanced by garden salad tossed with balsamic vinegar 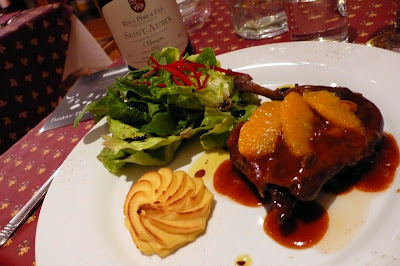 Dessert was rather difficult as I was tempted by Crème brûlée à la bergamote but would’ve gone for Charlotte a la framboise & fruit de la passion. In the end, the Crème brûlée won. This beautiful Crème brûlée was absolutely amazing with thick creamy taste but beautifully crusty caramelised toffee crust. 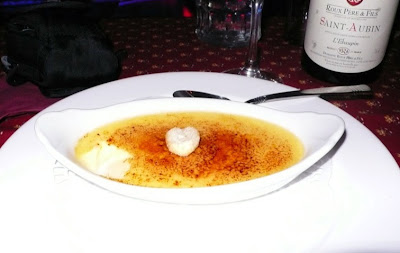 Le Très Bon had a Cabaret night and what an ending to the night, eating my Crème brûlée while listening to beautiful cabaret. 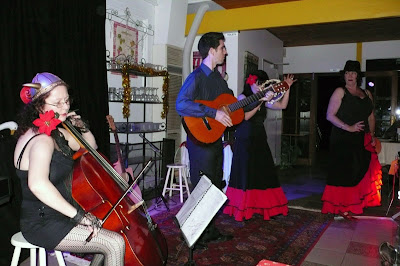 This is a discontinued model that features Rolex Calibre 3185. The GMT Master II is an improvement over the original GMT, the ref 6542. The GMT was designed as an aviator watch with the fourth hand (GMT Hand) pointing to the corresponding number markings on the outer bezel.
Pilots used the second time to display Greenwich Mean Time (GMT), which led to the name Rolex GMT Master. The Rolex GMT Master was developed in cooperation with Pan Am for their pilots. The GMT-Master II, or more commonly known as GMTII, was first introduced in 1983 (ref 16760, nicknamed “Fat Lady” due to its thick case) introduced a new improvement in the cal 3085, ie an independent 24hour GMT hand.
My current watch (ref 16710) was introduced in 1989 with a newer caliber (cal 3185). It features the dual-lock crown system, a method by which Rolex water proofs their watches and ensuring no water gets inside the case through the crown. 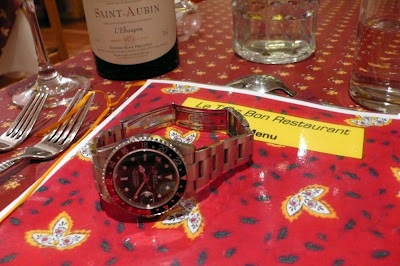 It sounds great this journey: beautiful view on all the road, good wine, delicious food... What I 'm curious about is...What are they playing or singing? You know,... music is also an important role in the restaurant... Ha! Why the dancers wear flamenco dress...? Dimelo!