Many of the well-known fashion houses have been producing watches for years, most of them without horological distinction, their productions being regarded as just 'fashion' pieces.

This seems to be changing of late with some interesting, not to say innovative, pieces being produced.

One watch with an unusual complication recently released by the French fashion house Dior is a fine example of this new approach. 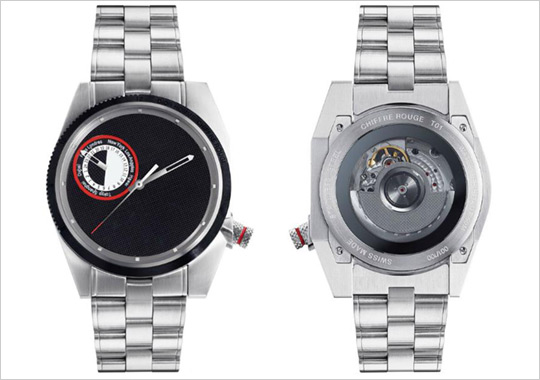 The Dior Chiffre Rouge T01 was designed for Dior by young movement engineers Franck Orny and Johnny Girardin. Orny is a construction-engineer specialising in horological fabrication who served as chief of production at a manufactory which has attracted attention in recent years for its unusual and elegant horological complications. Girardin is a movement constructor and engineer who specialises in watches and has worked for various renowned manufactories including Greubel Forsey.

The Chiffre Rouge T01, with a self-winding 'Dior 8 Fuseaux Horaires' calibre movement, has a regular minute hand rotating around the wonderfully sparse dial decorated with a 'pique de coton' motif dear to the brand and characteristic of their tuxedo shirts. There is a sweep second hand tipped with red. Nowhere does the name 'Dior' appear on the dial. There is a smaller 'satellite' disc which orbits around the face once every 24 hours and which acts as an hour indicator.

This satellite, within a red border, orbits within itself, rotating once every 24 hours to act as a multiple time-zone indicator, with the time at eight cities from different parts of the globe shown on its dial. It is of course no problem to extrapolate the time for cities not listed. The satellite dial is one half white and the other black to indicate day and night. 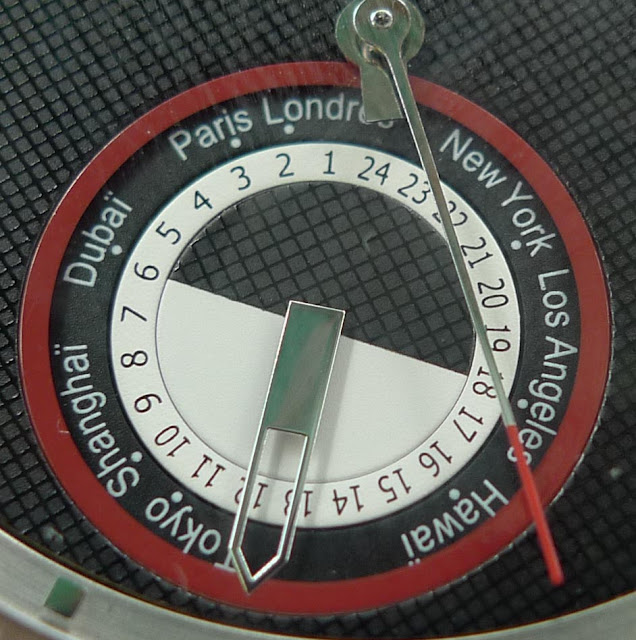 The crown at 4 o’clock enables adjustment of every function. 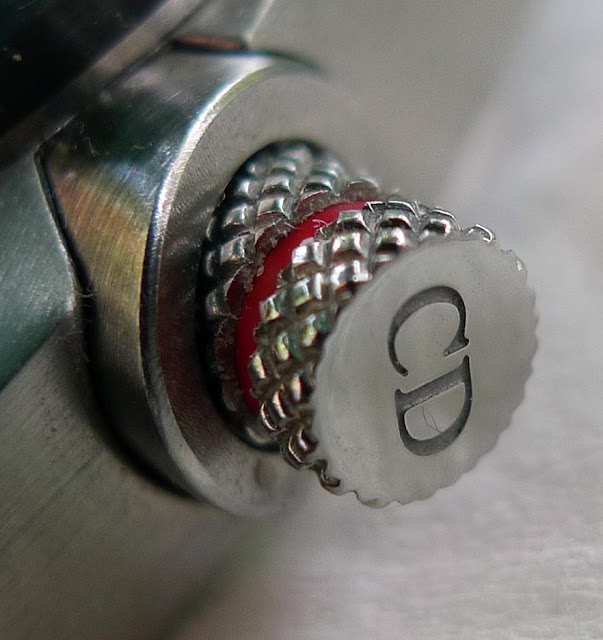 The watch has a brushed 42mm stainless steel case and a sturdy and attractive brushed stainless steel bracelet with a folding clasp. The name 'Dior' is engraved unobtrusively on one side of the case at 9 o’clock, and on the clasp of the bracelet, but appears nowhere else.

The dial has a thin matte black ceramic bezel and an exhibition sapphire crystal case-back surrounded by a ring of black to match the look of the watch case. The oscillating weight, like the dial, is also embellished with the 'pique de coton' pattern.

We are accustomed to seeing watches that are symmetrical, and this is most definitely not, however the asymmetry in this design is beautifully executed and comes off spectacularly well, though I acknowledge that the traditionalists might not agree.

The watch has been produced in a numbered edition of 100 pieces, of which I understand only four came to Australia.

There is a ladies version of this watch, the Christal 8, a little smaller and with a mother-of-pearl dial and a diamond-studded bezel, though with the same rotating satellite showing the different time zones. This is also in an edition of 100, though there is an art deco inspired special edition of 5 in yellow gold sans diamonds. 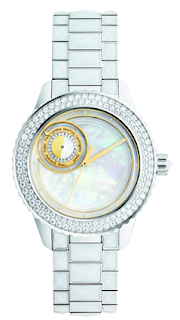 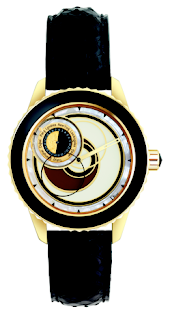 Prior to designing the T01 for Dior, Orny and Girardin designed the complex Metamorphosis watch for Montblanc, who are of course better known for their pens. The Metamorphosis was inspired by watching their children play with Transformers robots, and was announced at SIHH 2010. This  watch can change from one watch face to another, as well as switching modes from regular time display to a chronograph function, by moving a slide up and down. It is in an edition of 28 with a price tag of €195,000. 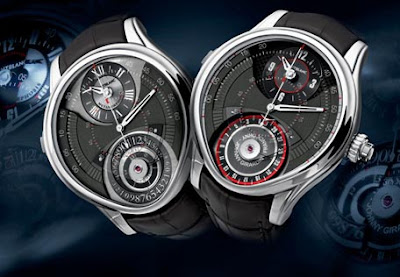 In contrast, the T01, though not as complex as the Metamorphosis is, at a small fraction of that price, a relative bargain for such an attractive and unusual watch with a seldom-seen complication and an impressive design pedigree. 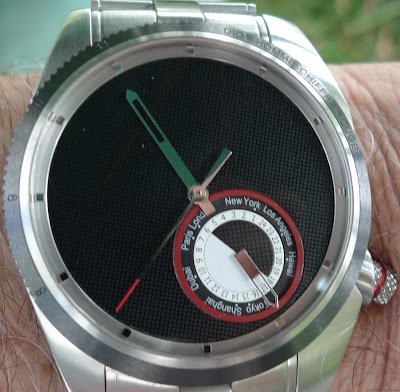 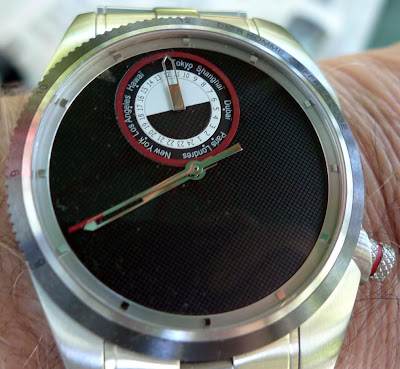 Hmm that watch has moments of Genta in it!?
Very strange thats for sure ;-)
Jpvfx