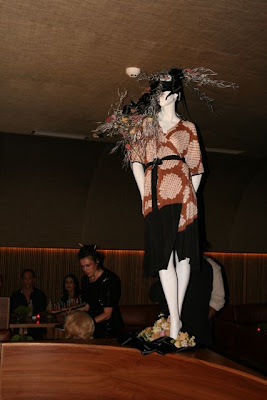 Stunning Akira Isogawa collection as modelled by some mannequins


So… you ask… what’s it feel like to be on a PR list? Yes – I know you’re thinking it. If not you are now. I’m not sure if I want to be on a PR list. Not unless I can bring along an entourage with me. I don’t do so good in these sort of events/ functions/ launches. I’m not like those socialites who will go to an opening of an envelope, and just drink/ eat themselves silly. I’m the kinda guy that will stand by myself in the corner with hands in the pocket looking down on the floor.

Working on it. Seriously. 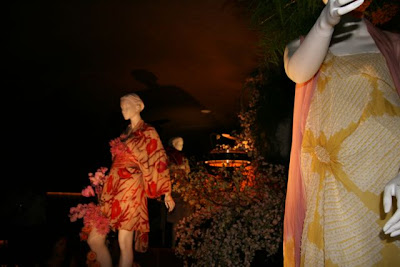 More from the Akira Isogawa Collection.
Before going, I thought that they were going to be modelled by live models. Guess I was expecting too much...

The mojito is simply divine. I must’ve had like six of these. Couldn’t stay away. Didn’t even touch the beer/ wine/ champagne. Ok. I had one sip of the champagne, which wasn’t bad either, to be honest, considering it’s a Chandon. 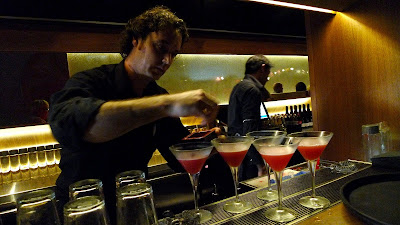 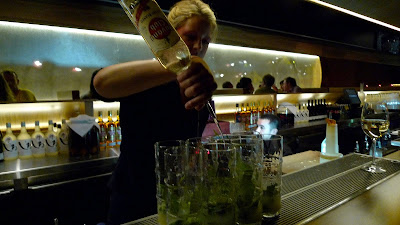 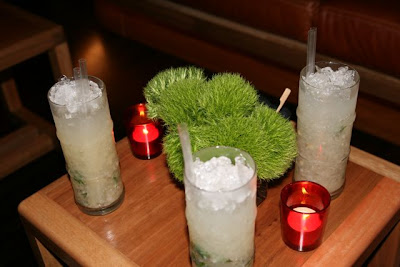 THAT Mojito. Better than the classic mojito.
That shrub in the background caught fire later on in the night...

I love the decor of the lounge bar. The lighting and the atmosphere are very relaxing and welcoming. There were meant to be a lot of confirmed celebs attending the launch, and I must admit that we weren't really on the look out for them, but I have a feeling not many of them actually showed up. We did see Justine of Masterchef. She was quite petite but just as pretty in real life. We also spotted Geoff Huegill as well as the designer of the day - Akira Isogawa. I believe that Eamon O'Sullivan, swimmer and recent winner of Celebrity Masterchef, was also there. 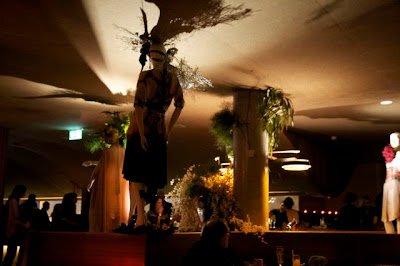 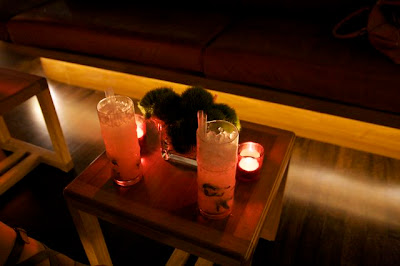 Now, this wouldn't be much of a watch blog if we didn't talk watches right? Akira Isogawa was wearing a white ceramic Rado True Chronograph. The good thing about these watches is that they are very distinctive and easy to spot. You can tell them apart from a mile away. 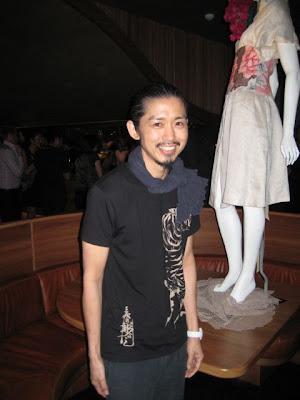 Akira Isogawa with a white ceramic Rado True Chronograph on his wrist. 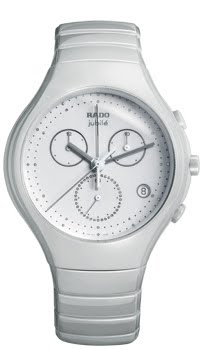 Here's a close up of the Rado


The Rado is quite nice. very simple in its design and I really like the "True" case. It's smooth and just very classic. Although if I had the choice I'd go with the dark grey version with the matte finishing...

Now, onto the food part of the evening. At first I was pretty hungry and got so busy stuffing my face that I'd completely forgot that I should actually take some photos of the food that was being served as well. So, it was with some reluctance that I took the camera out and took photos of each plate that came before us before eating... 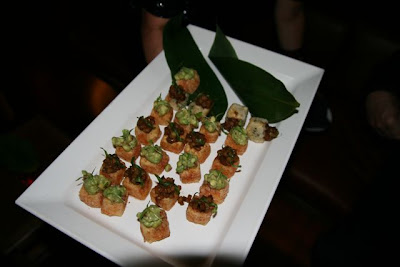 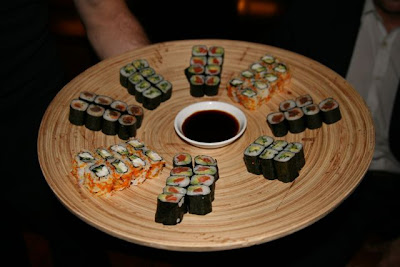 Err... a variety of sushi rolls. 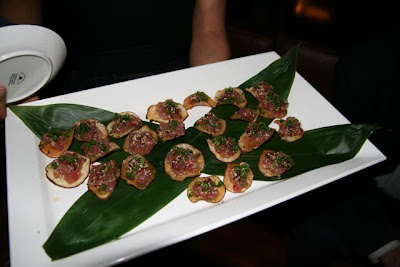 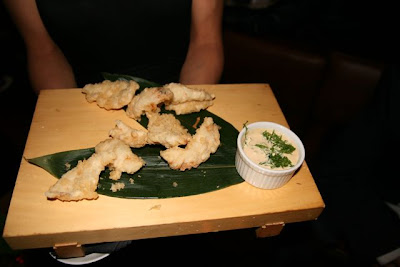 Battered fish with aioli (I think - didn't try it)


The majority of the food was really good. Much better than I'd anticipated, but I guess that given the reputation that Toko has. the food quality would be right up there. Some of the items served on the night are from next door (Toko) and some will be on the menu at Tokonoma. 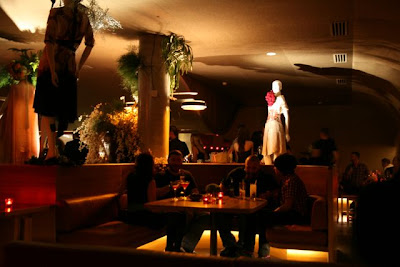 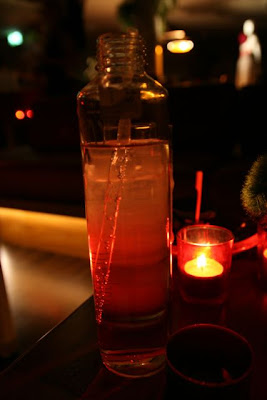 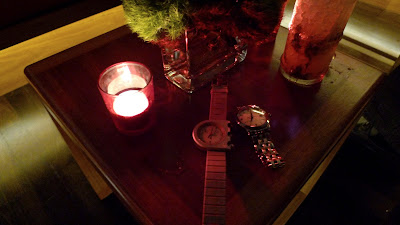 The watches in attendance: a LIP Mach 2000 and a JLC

A final big thanks to the folks at Tokonama and Fiona Wood for a fun night!

Still looking forward to checking this place out - the drinks sounds yummy!