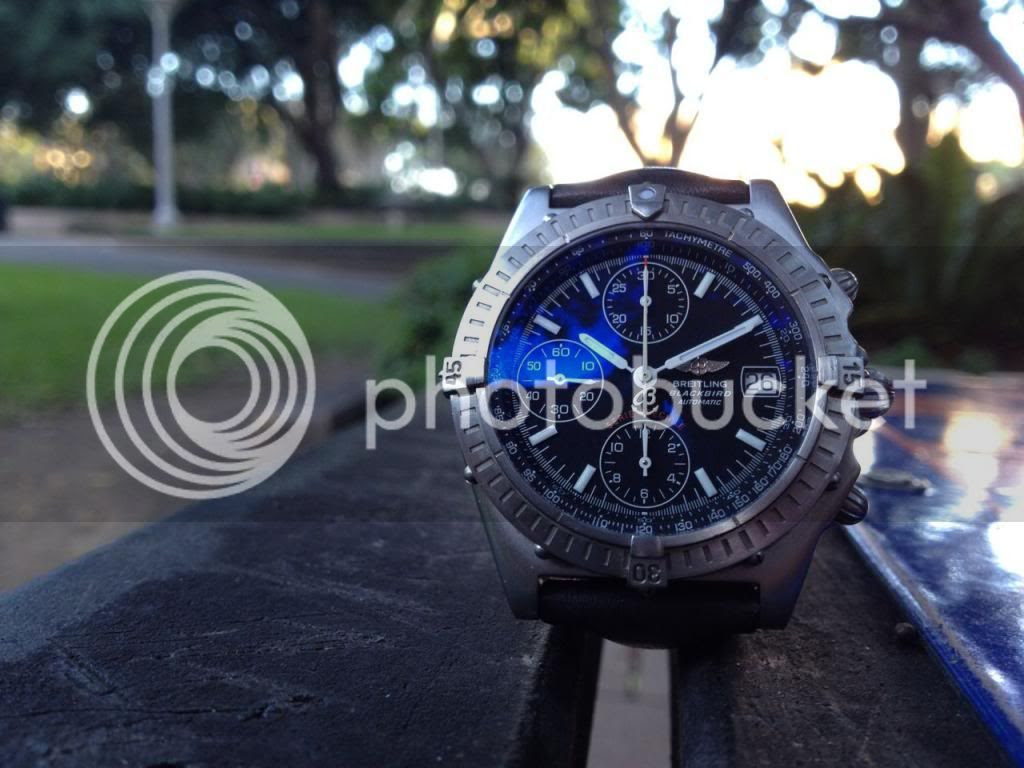 If you think Breitlings are oversized blinged up watches, you'll be happy to know that they're not all like that. They do make some very sensibly sized watches and this is one of them. In fact it almost seems small, at least, that was my first impression. Till I measured the case size. It couldn't be that small given it runs the Valjoux 7750 movement. The measurements came to be 40mm in diameter and about 13mm thick. 100m water resistant. 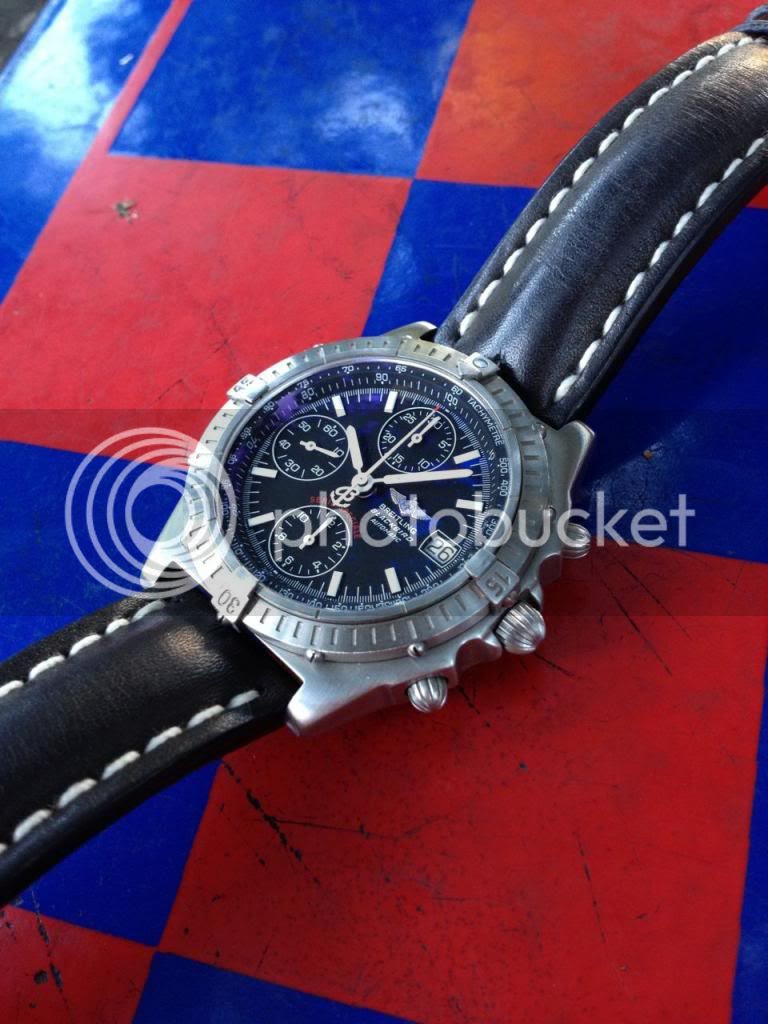 The Blackbird has always been one of my favorite planes. It's designed to be a stealth recon aircraft flying "below the radar" so to speak. It's sleek , elegant and subdued. It also looks mean and aggressive. And not to mention pointy. It conveys a sense of discreet power. Funnily enough pretty much all of these adjectives can be used to describe its namesake in watches. The Breitling Blackbird. No, not the Breitlings of today, (and they're not alone in this) but one from the age of sensibility (relatively speaking) in terms of watch design. The early 2000s.  This was before bling and oversizedness took hold and watches became ostentatious for the sake of "just cuz". 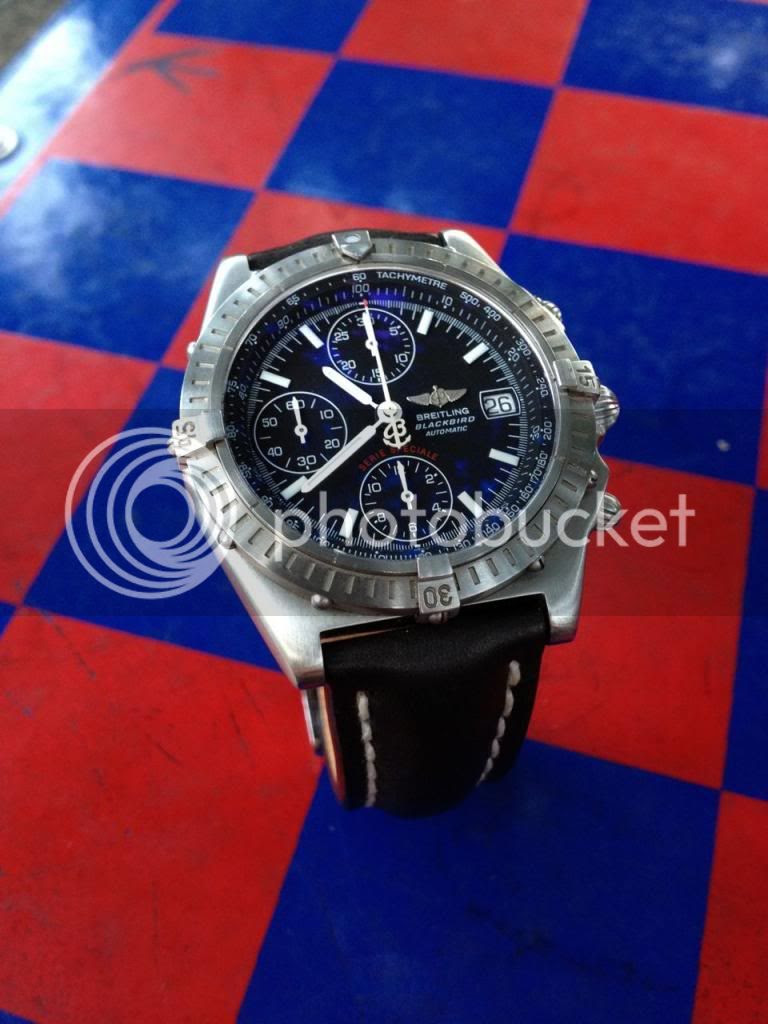 Good thing about Breitling watches is that they all look pretty much the same from generation to generation and only a truly hardcore B-fan will be able to tell to a degree of certainty which year the model is from. And even then, older models are much more desirable, aren't they? I refer you to a classic exchange from the movie "Gone In 60 Seconds" - the newer one with Nicolas Cage - where an exchange about vintage Ferraris compared to brand spankers and what they say about their owners. Ahem. 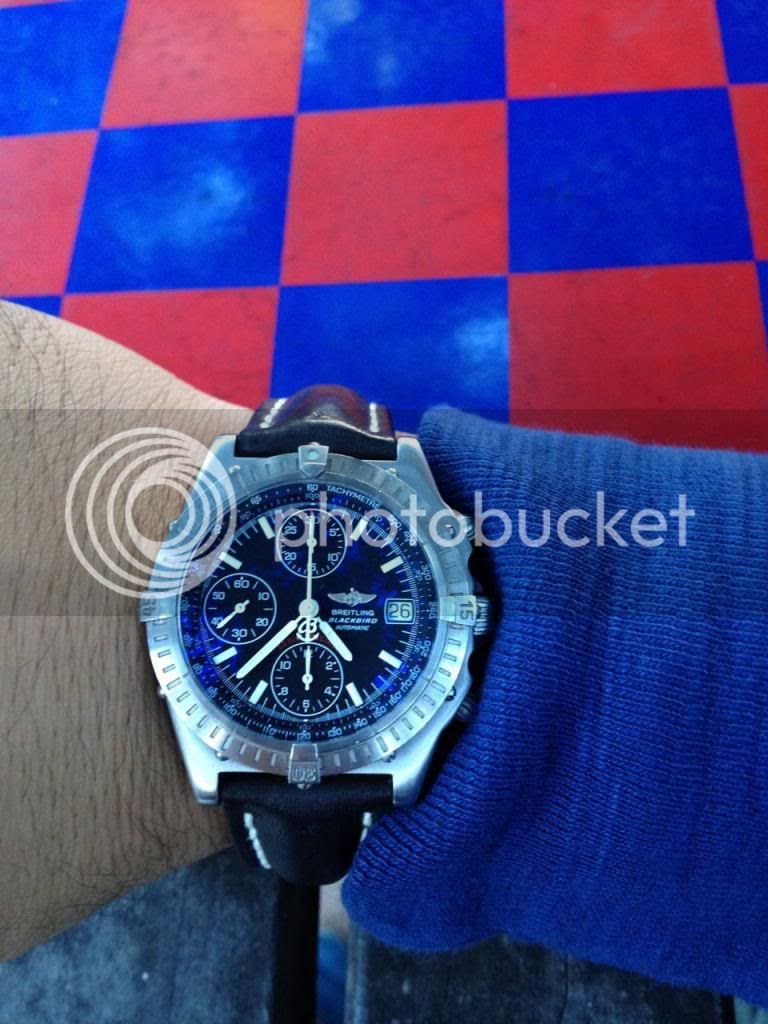 As mentioned earlier this model is powered by the Valjoux 7750. A tough, reliable workhorse of a movement and one of the most popular if you want a chronograph. The movement is quite tall, meaning the watch will be relatively thick regardless to begin with. But the Blackbird wears well on the wrist and is easy to pull off. High contrast white hands on black dial makes it quite legible and the dial is also balanced if not symmetrical. Anti - reflective coating on the sapphire crystal adds to the legibility in all conditions. Finally, it comes with the signature 7750 rotor wobble that is so endearing to some and an annoyance to others. 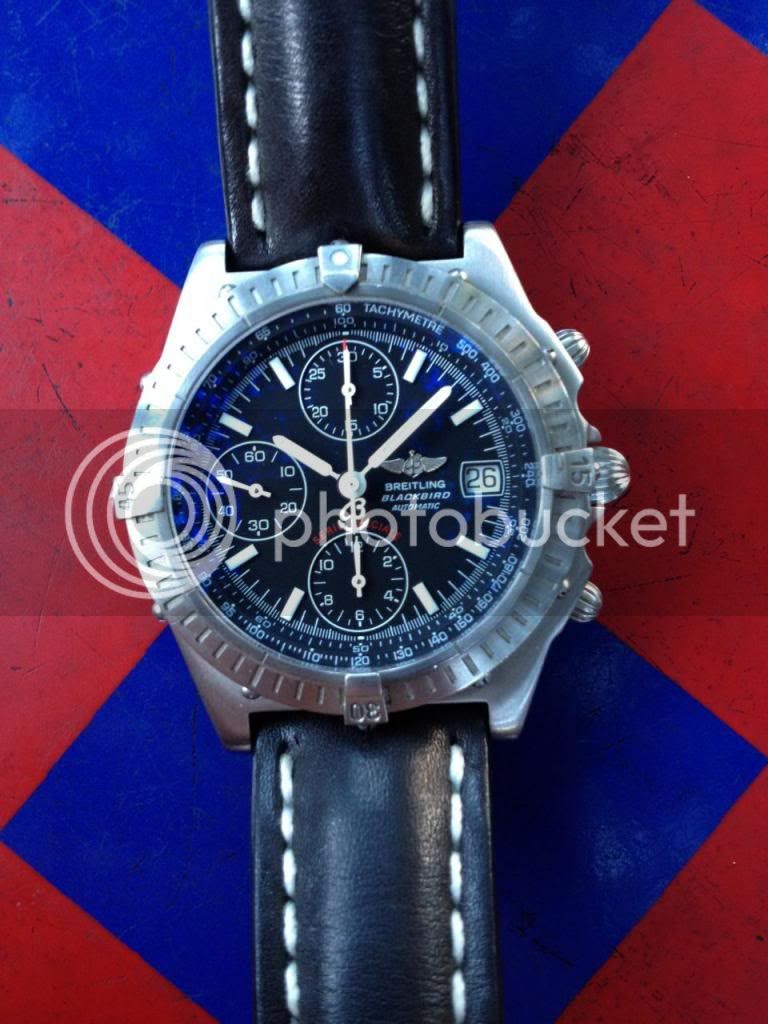 They certainly don't make watches like they used to and this particular model is long discontinued. Meaning the number of this style will not increase and for the time being they're reasonably easy to find on the secondary market. However, be quick if you want a reasonably priced Breitling that's neither Jeremy Clarkson nor Kanye. And as matte finishing and discreetness makes a return to popularity, the demand and price for these examples will rise quickly and discreetly.
Posted by The Sydney Tarts at Wednesday, June 04, 2014 4 comments: