This part was actually written quite a few days ago, but since the watch is still a newbie in my collection, I haven't had the time to really take some good photos of it (as opposed to the ease of using stock photos for the previous parts). It's not an easy watch to photograph as the very black dial reflects really easily, and I had to resort to a few tricks in order to get the reflections out of the way...
Around 2006-2008, apart from going through a vintage phase, I also went through the Omega phase (which I might write about in a future post). At one stage I had more Omega watches than I did fingers. It was outrageous and I found it unmanageable. After culling quite a few from the collective, and boosting my watch budget once again, Another IWC presented itself. It has been a while since I last bought an IWC, and this one came completely out of the blue. 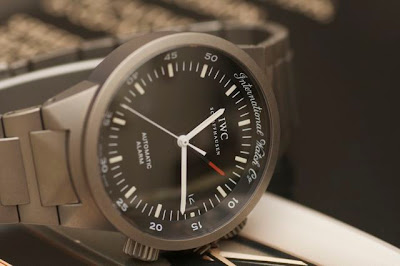 One thing I really like about this watch is its integrated design. It looks as though the case and the bracelet were born as one and give the whole watch a very smooth look. The whole GST (and subsequent Aqua Timer range) had this advantage. Being a strap guy I don’t really like it when I can’t easily change the bracelet onto the strap, but with this range I can make an exception. 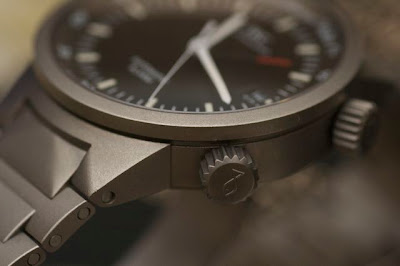 The design of the bracelet is also a stroke of genius. It comes with a very clever spring loaded system to shorten/ lengthen the bracelet. It can easily be done with the supplied tools and will literally take you a couple of minutes to add or subtract links from the bracelet.

I don’t think the GST Alarm is for everyone. It almost has a military feel to it. And it’s not really the sort of watch that IWC makes in general, making this watch even more unique. Legibility is brilliant thanks to the high contrast white hands on a matt black dial. The combination of the matt dial and matt titanium finish of the watch makes it truly under the radar. If you want a blingy watch, this is the complete opposite. 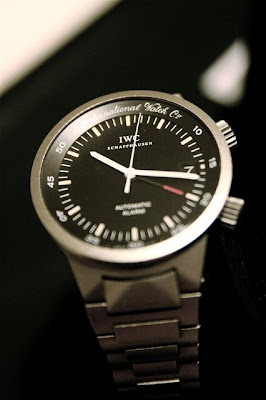 The movement in the GST alarm is pretty much the JLC Cal 916, the very same movement fitted to the JLC Master Memovox/ Reveil of its day.
Two slight issues I have with this movement though are that the hands do not hack, and there is no quick set date. If you need to advance the date, you need to wind the hands from 10pm to about 2am, then wind back to 10pm, then again to 2am, and repeat till you reach the right date.
For those who are lazy like me and can’t be bothered doing that, you either live with the watch being on the wrong date most of the time, or invest in a watch winder. (Or just own the one watch. Then once you’ve adjusted the date and wear it all the time, there’s no reason for the date to go out of whack.) These two issues are both fixed with the latest incarnation of the movement, now designated calibre 956, first seen in the Memovox Tribute to Polaris, and now, the new Master Memovox. 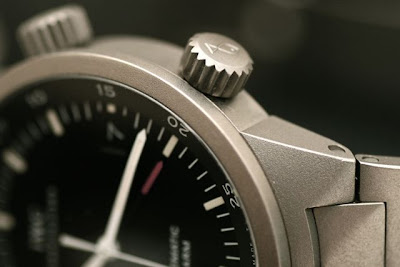 The GST Alarm also sounds very different to the JLC version, as it is essentially a hammer striking a post, making a very loud buzzing sound, which tend to be amplified if you leave the watch on a wooden table, whereas the JLC version is ‘tuned’ so rather than a loud buzz, it’s more of a soft ring. I reckon between the two, the IWC will wake you up like a bucket of cold water in the face, and that would be the one to use as a wake-up alarm if you don’t want to miss your train...

It's also a bit of a strange one in that the crown is screwed in, but the alarm crown doesn't, so its diving abilities are hampered by this fact. They could just make the crown not screw in... but hey, what do I know about watchmaking??
But I do like this watch. Since it's titanium it's very light and almost to the point that you forget it's on the wrist. The bracelet is extremely balanced and comfortable. I think it's on the way to achieve cult status... in about 50 years...
Next up... Will there be a part V??
[Onomatopia]
Posted by The Sydney Tarts at Saturday, December 12, 2009

a definite stealth watch and i just love the Ti finish to the highly contrasting dial. beautiful!

Hi
I would be interested in purchasing this watch, where and how much would you think?

I had once in approx early 2001 purchased the all-SS version through a large online dealer but it was a little too "shiny" and knew it wasn't right from the start. I later hunted the Ti version down through Tourneau's around 2002 - Loved it! I later sold that but got the hankering again for this unusual alarm watch. I finally found one via a website forum, held my breath and prayed and wired $$ to taiwan and received a perfect sample w/ box/papers etc. By now it of course surrendered itself to some small dings and scratches but am i happy that i was able to find the watch again. These GST alarm watches were made in very small numbers so snatch one up if you can. It's a near impossible task to find one, of any version, and beware any viet/chicom fakes - they make these too... Definetly a sleeper and a low-key IWC with a great function to boot. I use the alarm regularly as an events reminder during the work day and it's a conversation starter when someone hears the alarm, boy do they and boy do they have no idea where it comes from because no one imagines a watch to make such a great sound. Thanks for the review..