On the Road to Canberra

I honestly cannot remember the last time I was in the nation’s capital. Many people’s thoughts seem to be that it is a hole not worthy of effort nor time. Friends who have stayed there for extended periods of time due to work commitments tend to want to escape from there as soon as possible, even to the point of driving out of said location in order to breathe and retrieve some sort of sanity. I mean, surely, apart from all the politicians that work there, it can’t be that bad? Can it? 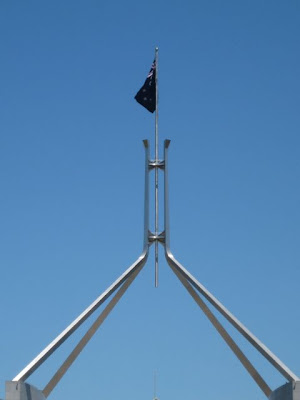 You know there is possibly one good thing about Canberra, (and no… it’s not the roundabouts… especially giant ones featuring 3-4 lanes with some sort of a triangular building in the middle with grass for a roof and a massive flag mast…) and that is the lack of traffic. Of course, being weekend could be a reason, but coming from where weekend traffic more or less rivals those of weekdays, I think it’s a good sign. The roads are long, straight, (only interrupted by roundabouts) wide, and easy enough to drive. My road rage took a holiday.

My chosen companion for the trip (apart from the beautiful A) is the Omega Speedmaster Moon Phase. A classically designed watch that managed to stay in fashion for over 50 years, it is a convenient go-anywhere watch. I don’t plan to swim on this trip, so its 50m water resistant rating is plentiful. It’s a robust piece with chronograph (good for timing parking), stainless steel bracelet and sapphire crystal, dressy and sporty enough to pull of day and night festivities, perfect for these sort of trips when I don’t want to wear more than one watch. I know there’s a moon phase and date display, but generally speaking I don’t bother with these. Date’s too small to see and moon phase? Hmm… I know when it’s full moon when the crazies come out… 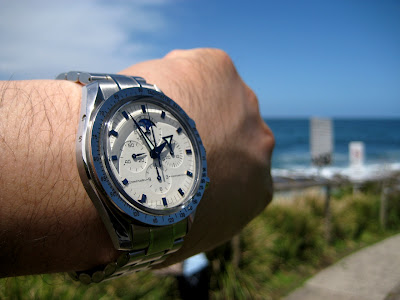 But before setting out to , we took a detour into the city. I had a hair appointment in the morning and believe it or not, it was difficult finding parking early on a Saturday morn. Whodathunkit? The hair appointment was to take advantage of Detail’s 1st birthday bash and they were giving the presents. If you were a first time customer, you get your 1st cut/consultation for free. Since I thought they did a good job, this is the free plug. 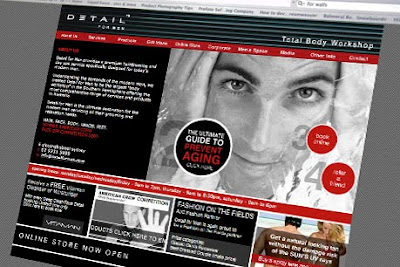 We then headed on over to Cafe Courtyard at MLC centre for a hearty breakfast before the long drive that lay waiting. The portion size was a delightful surprise to us both when the food came to the table. We’ve come to expect small portions for high prices, especially places like MLC, but this was a genuine revelation. Except for the fact that we’d ordered assuming the worst, meaning neither of us could really finish the meal… 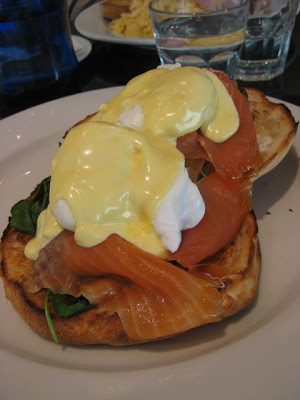 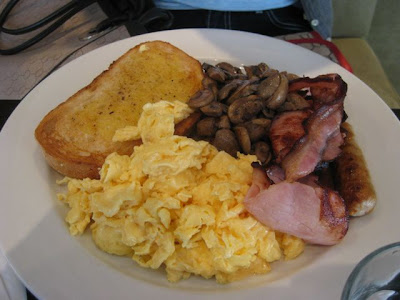 The Big Brekky (well...not quite... we had to option a few things, but still excellent!)

It took us a while to get out of the city and its surroundings and on our way South. We never really planned on going straight to , but to actually take detours along the way towards , with it being the final stop for dinner and rest. Of course, a run south has to always include a quick stop at Stanwell Park With its fantastic views on a clear day, makes for a great wedding venue and excellent value proposition. Which is exactly what these people did. 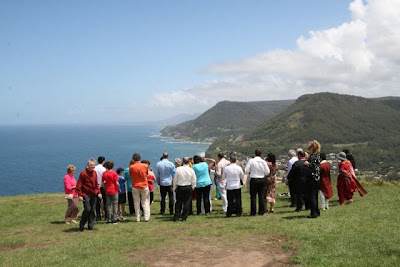 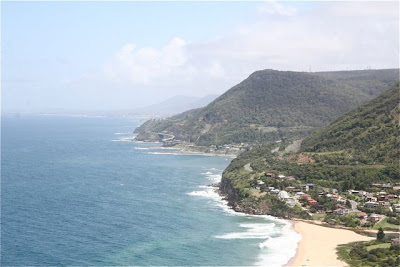 After a quick stopover at the beach we headed for Canberra, but not before experiencing some of the best mountain passes between Berry through Kangaroo Valley and on towards Goulburn. The 180 degree turns while climbing uphill, tight turns and switchbacks, it was a real treat for anyone that enjoys their driving. These slow corners joined onto faster, flowing curves and wider roads for a completely different experience. It was just too bad that I was in the wrong car. I needed something that had a few more ponies under the hood and I was definitely missing low down torque. However, I must’ve been doing something right as I managed to catch up to a V8 SS Commodore, and keep it within my sights for the rest of the fun roads. I must remind myself to enjoy these roads again when I have a more powerful steed. 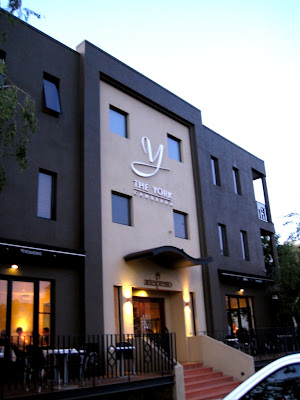 Dinner was at Art Espresso, which came highly recommended. What caught our eyes were the reasonable pricing and the large portions. That had us sold. The environment was very relaxed and mood lighting wasn’t over the top (as in I can still see my food). The service was prompt and friendly, and I have to say, the bestest steak that I’ve ever tasted! Yes, even better than places that does steaks well like Prime in , Meat & Wine Co, Kingsleys, etc. This was head and shoulders above them all. Yes I know, I went with the safe choice of steak, but I could not be happier with my choice. It went great with our drop of the night- a 2005 St Hugo Cab Sauv. Should’ve brought the 2004, but what can you do? 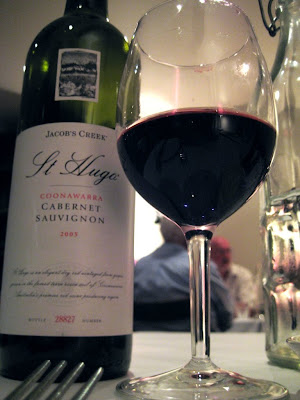 “A” had the sashimi entrée followed by the king salmon with almond crust, braised fennel, preserved orange and caramelised eschallot. I had the squid, seared with fried eggplant, pickled cucumber and Szechuan pepper caramel, followed by ‘Filet Mignon’ wrapped in bacon, with potato puree, roasted eschallots and red wine jus. 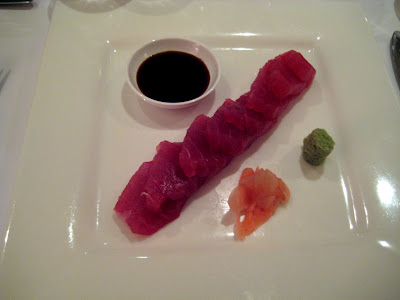 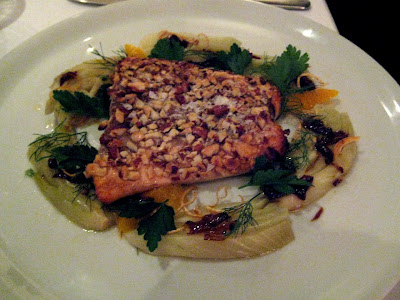 The fish was good, but really, nothing could’ve compared to my steak. Thick and juicy, perfectly medium rare, but not soaked in blood. Quite the opposite, in fact. The texture was spot on and the flavour was just right. As a sauce guy, it is very rare that I eat a steak without drowning it in sauce. I almost didn’t want the meal to end, it was that good! 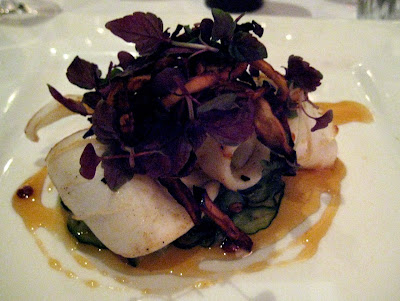 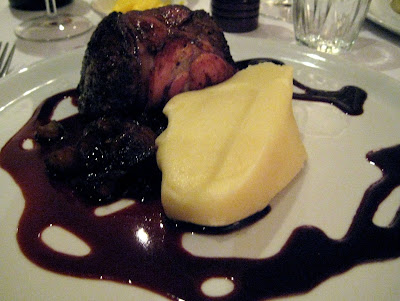 All in all a great way to get reacquainted with Canberra. It's turning out better than expected!

Posted by The Sydney Tarts at Thursday, December 03, 2009

It has been years since I went to artespresso but it's good to know that the quality is still there!

I've just seen this post.
In years gone by when I went to Canberra I always used to stay at The York .
They knew me by name, but in the last few years it's become overly expensive and there are better value places.
Artespresso is always great though.
As for the watch, it's one I've always lusted after but have passed up several opportunities to purchase.
It looks terrific but my problem is the manual wind moon phase. I can't bear to wear a watch that isn't set correctly and as I can't put it on a winder it means if I don't wind it every day then I have to reset it each time I wear it.
The thought tires me out.
Nevertheless I will buy one at some time in the future.
It is aesthetically most pleasing.
Peter T