Part II - The passing of the Portuguese… to something else.

This love affair didn’t last long. Actually, that’s not entirely true. I still love the Portuguese Chrono, and I do fully intend to buy it back one day when I have too much money. I blame my increasing knowledge in haute horlogerie, and becoming a movement snob of sorts.

Realising the tough, reliable workhorse of a Valjoux 7750 was cheaply available in watches costing almost 10 times less than the IWC, it began to bug me a little. There were also rumours at the time that IWC would bring out their in-house chronograph movement and that when it does, it was sure to go into the Portuguese chrono, making mine worth less. (With hindsight, yes, IWC did bring out their in-house chrono, but not till a lot later, and no, they didn’t put it into the Portuguese case… at least not yet and thus, the resale value wasn’t affected, and the IW3714 is still in range as I write this). 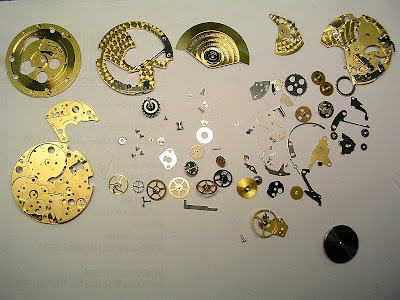 The IWC version of the 7750 in pieces- Obviously not the movement from my watch.

Parting with it was a lot harder than I thought it would be, emotionally, but I had to listen to my head and not my heart and needed to let it go while I could still get good money for it.  So it was with a heavy heart that I put the watch up for sale, and not long after, it was on its way home - back to Switzerland. This would’ve been back in 2005. However, I retained the extra folding clasp as I thought it would come in handy on future IWCs. 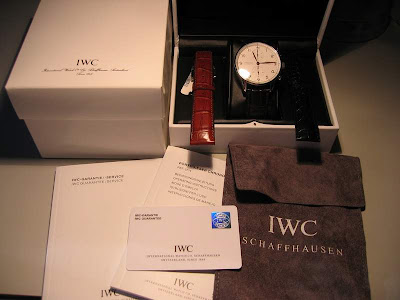 Now, before I depart fully from my first IWC, I should mention that this lil ol’ watch played an important part in bringing about the early days of The Sydney Tarts, although we’re not known by that name at the time. Head Tart had posted a question on the TZ forum asking if anyone was going to the IWC event All About Time in the Maritime Museum and that he had a question about the difference in the feel of the pushers between a chronograph that has a cam and lever versus one that uses the column wheel.  As I had the Portuguese which has the cam/lever operating system, and since I was going to the IWC event, we decided to meet up so we could test out the pushers. One thing led to another and the very beginning of The Sydney Tarts was born.

The need to have at least one IWC in my collection was strangely strong, and as I have mentioned before, I’d become somewhat a movement snob, so I looked out for an IWC that had… shall we say… a movement with a pedigree, but affordable at the same time. And lo and behold, something was brought to my attention which matched the criteria I had- a movement with a pedigree, a classic-styled watch, rarity, and at a good price. Too good to be true, I might add. And there was a reason for this. 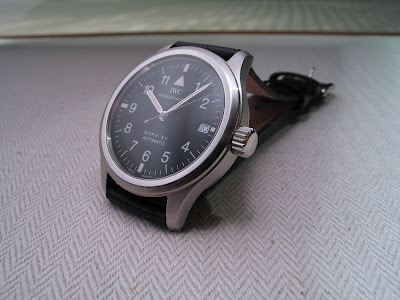 I took delivery of the IWC Mark XII, which came to me all the way from Taiwan, of all places. And immediately it went in to Richemont for a full service. However, as the purchase price was low enough below the market value, I was able to afford the full service, plus a new buffalo strap and still come out on top. So I did. 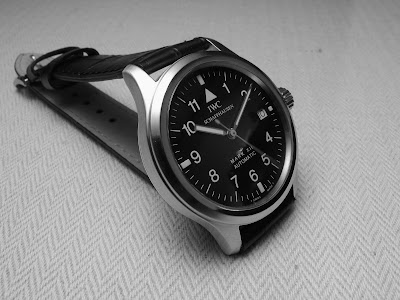 The Mark XII (1993-99) – an understated classic pilot’s watch with tritium as the luminescent material on the dial, powered by a version of the Jaeger-LeCoultre calibre 889/2 - (see review here), didn’t last long on my wrist.

I was in danger of becoming a flipper. I liked the classic pilot watch style, but this was the period when big watches were becoming the fashion, and 36mm case diameter just didn’t sit right with me. I felt it was too small, and… gasp… a little too girly. Had the Mark XII been produced in a 38mm case, I might still have it today. The wrist time was all the more reduced as it spent about 2 months in the service centre. 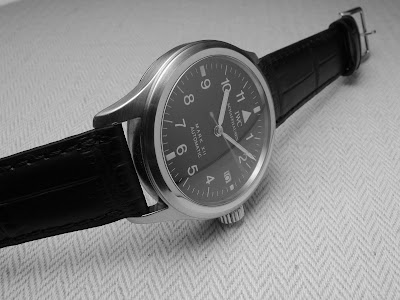 So in the end I decided to let go of the Mark XII, and ended up trading it for a Mark XV with someone I’d subsequently become quite good friends with. The Mark XV looks exactly like the Mark XII, except in a larger case (at 38mm) and with a more run-of-the-mill movement in the form of ETA 2892-A2. Ok, there’s absolutely nothing wrong with the ETA movement. Far from it. It is a very refined movement, and one of the thinnest automatic movements in production today. Obviously it’s not as exclusive as perhaps the JLC based movement, but nevertheless it does the job and does it well. 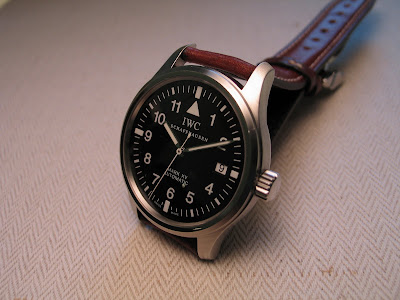 The bigger sized case suited my wrist much better (this is of course, a very subjective opinion) and it’s a great looking watch. But you know something? It must not have left a deep impression on me, as I really can’t remember much about it. All I know is that I did have it, and had pictures taken of it, and then as soon as it came, it was gone. I believe this one went to a good home in Germany. 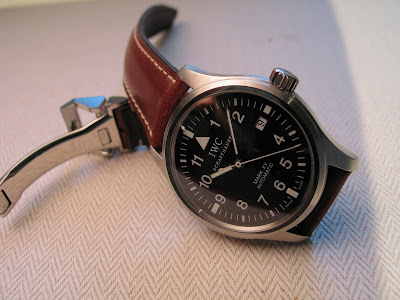 Stay tuned for Part III - where I flirt with one that's much older than me....

Posted by The Sydney Tarts at Saturday, December 05, 2009

that last sentence, sounds like a very dangerous liaison, perhaps with Mrs Robinson? I look fwd to Part III