Following on from my look at episode 1 of season 18 of Top Gear, it would seem that there are different watches to talk about in episode 2 of the 18th season.
We start off by revisiting a favourite and one of mine, actually, from Jeremy Clarkson: the Omega Seamaster Planet Ocean.  As I have mentioned in the previous post, he has been wearing this watch almost non-stop on Top Gear (and one would assume, during off-screen times as well). I reckon this is one of my favourite watches that I have yet to own. One day I will.

It is a very classically styled dive watch. The design is based on their Seamaster 300 model from the late '60s/ early '70s. It is a tool watch first and foremost, but it's also kind of dressy, meaning you could possibly pull it off combining it with a suit or a tux. Yes I know what purists will say, but some people don’t havethe dough to have a watch for every occasion. Hey, if it's good enough for Bond and Clarkson… (even if Bond does get paid to wear it…)
The piece Clarkson wears was superseded in 2011, when a newer version of the Planet Ocean was released, powered by the in-house Omega Calibre 8500. However, as with an in-house anything, the price was seriously jacked up. I mean, sure it's nice to have the newer in-house movement, but if you get your hands on the slightly older version, it's powered by a tried and tested Omega calibre 2500B/C/D which is a co-axial version of the venerable ETA2892-A2. It is, however, quite a small movement, so if a small movement in a big case bugs you.. well… just be glad it doesn't have a see-through case back (whereas the newer Planet Ocean with the inhouse 8500 does).

The watch originally came in two sizes, in 42mm (which, believe it or not, actually looks kinda small despite its millimetre count) and the "full size" 45.5mm. If you can pull it off, get the full size.
Richard Hammond is seen sporting two different watches in this episode. He had on the Breitling Avenger Chrono in the clip, and the Jaeger-LeCoultre Reverso Squadra Chronograph in the 'news' scene, both of which he has worn previously on the show. 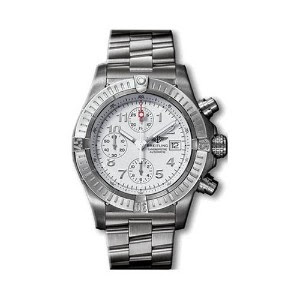 The Reverso Squadra is another personal favourite. I find the traditional Reverso a little on the small side (although JLC has certainly addressed that by upsizing them). The Aquadra range is more modern, less conventional and much sportier (read: chunkier) and comes with an automatic movement, perfect for those who can't be bothered winding it up every morning, as you would have to do with the more traditional Reversos. The name Squadra is suppose to suggest the shape of the watch, (square) but the overall shape is still a bit rectangular. 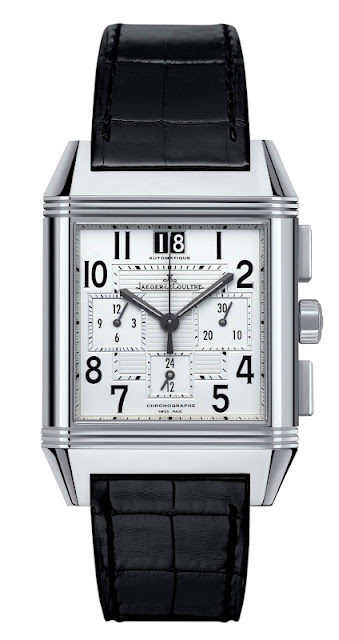 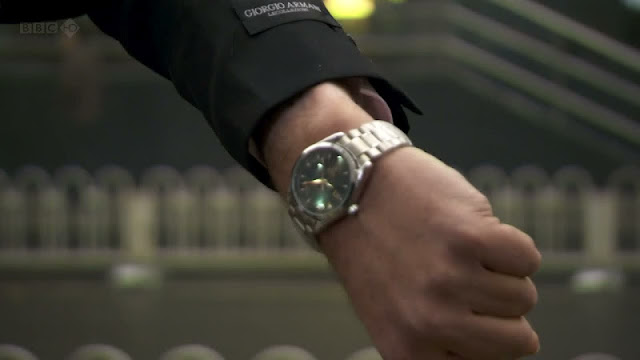 oh why didn't he take the tag off the sleeve of his jacket?

@kewpie : that 's what they do in china - let show off to people that they are wearing named brands.... Materialistic society!

Yep - that would have been a very deliberate move, leaving the label on the jacket sleeve.