2020 has been an interesting year for me in terms of sneakers. It went from a year when I was suppose to go through a period of consolidation (due to lack of storage space…) to a year of… let’s just blame it on the ‘rona shall we? I went a bit nuts and any semblance of self control went out the door (when we were stuck indoors…) The sensible part of me feels that any sneaker that didn’t make my top 10, i really should off load right? But that’s something else for another day perhaps.

I suppose 2020 for me could be classified into 2 categories of sneakers - retros and collabs. Retros are self-explanatory and it’s not new. Collabs? To be honest I cannot be arsed to chase nor am I comfortable paying silly prices for the hottest and overhyped ones, but there are plenty of other interesting designs that for one reason or another aren’t as sought after and as a result, you can them up without a second mortgage. 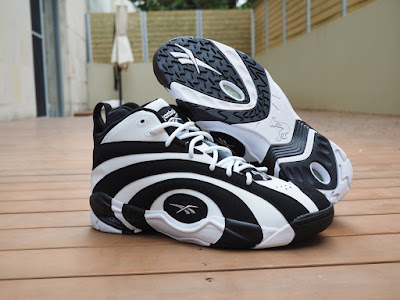 The first pick-up for 2020 makes the list because it pulls at the nostalgic strings - The Reebok Shaqnosis was polarisingly styled, and yet so distinctive it became a classic almost immediately. I was a fan of Shaq back in the days, and my absolute favourite Shaq signature sneaker has to be the Reebok Shaq Attaq, but it did take a while for me to warm up to the Shaqnosis. It’s not something you would just put on and go out, and it’s definitely not something I would wear on court anymore. I was very indecisive on it the last time it retroed but there was no hesitation this time ‘round. It’s not something for everyday wear of course, but it definitely brings back fond memories of my youth and a time when basketball was a big part of my life, (and also a time when we couldn’t afford any of the big name sneakers, so making up for it now…) 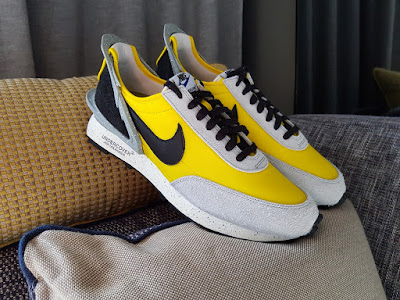 This was a collaboration that was firmly in the shadow of the other, much more hyped but similarly executed one of the Sacai Vapor Waffle. Now before you all start to comment about how different they are, let me be clear this is my way of comforting myself for not being able to afford the Sacai collab. To be honest I’m just as happy with this as it can be had at a huge discount, and one I’ve worn number of times this year. 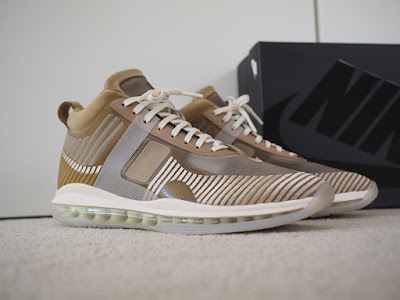 Would this count as a triple collab? I believe the first drop of these sold out really quickly but for some reason the second drop with fresh colorways just sat? Was it a matter of overestimating the demand and thus over-saturating the market? Not that it matters to me as I was able to pick these up for a song. For some reason the full length air isn’t as soft as I remember given it’s the same tooling as the regular LeBrons 7-8. But maybe it’s because I’ve not broken them in properly yet. 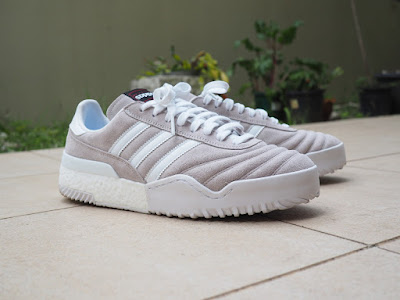 This is a collab upon collab sneaker this one. Adidas x Alexander Wang as well as Basketball x Soccer. It’s the definition of hybrid! Even the outsole is a hybrid of boost and…whatever the other stuff is. But the sneakers are surprisingly comfortable, the quality is top notch, and being less dramatic as some of his other works, it’s actually more timeless and easier to match. 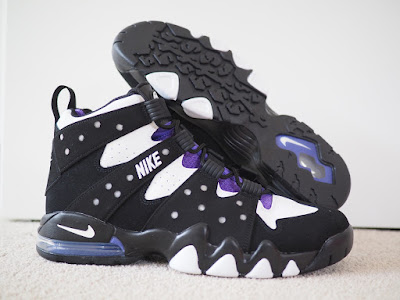 Let’s move away from collabs and get back to retros for a bit. Jordan retros went nuts this year, and people tell me it’s due to the documentary “The Last Dance” which got people interested in Air Jordans again and as everyone was locked down, might as well buy the sneakers as a form of escape? This meant other historically significant retros sat on the shelves long enough for me to pick up at retail. This was one of the more iconic sneakers for me personally and it’s something I’ve always wanted to have, even though with all the max air it still feels like a brick. So no, definitely won’t be playing in these. Not even an everyday sneaker, given it’s a bit tough to get in and out of, but this is the price for nostalgia. 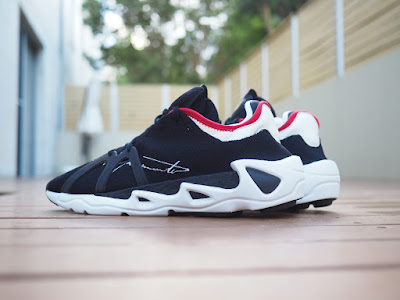 I went through a bit of an Y-3 phase this year. I do like some of the less outlandish designs from Yohji Yamamoto, and even though the retail pricing is very high for what you get, almost all the styles go on sale (minus some of the more popular styles, but then I can do without them). When they are on sale, they’re decent value for money, and the favourite out of all the Y-3 this year would have to be the BYW S97. It strikes a good balance between classic, subtle design, with comfort and brand name… 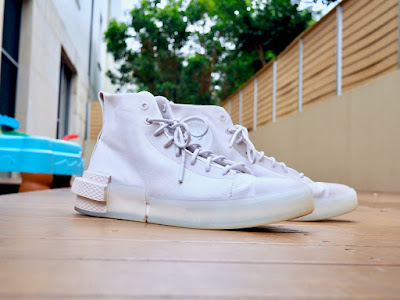 Chuck Taylors are probably the longest serving retro sneaker range currently available, and every once in a while Converse mixes it up and do something interesting based on the classic silhouette. Now I have nothing against Chucks, and I have owned several pairs in the past, but there are more interesting stuff out there. So apart from the occasional limited editions, they don’t really hold my interest until now. This was something very different; a modern, yet retro futuristic design, at the same time addressing two of my biggest gripes about the Chucks - they’ve made it much easier to put on (ie without the need to untie and retie the laces) and comfort. Yes I know they’ve had the Chuck 2s where they experimented with lunarlon insole that didn’t seem to sell, which was bewildering to me, and the Chuck 70s which I admit, are comfortable. But whatever the formula for the CX foam is works great for me. It’s supportive and compliant without being to overtly bouncy or squishy. Oh, and the stretch canvas? a godsend!! Makes it so much easier to put on and take off. This was definitely something that has been missing. Easily one of my favourites for this year and it has seen plenty of wear. 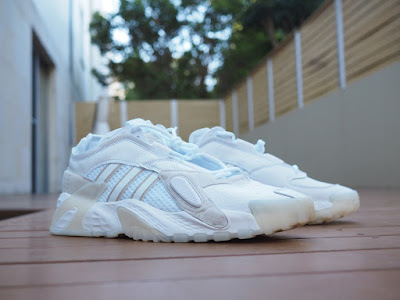 This was a very pleasant surprise. I’ve liked the look of it, but a lot of the colour combos had been a bit too colourful for me. But when these popped up with further discount off sale prices, it was a no brainer. And that they’re comfortable to boot is a bonus. Despite its name, I won’t be playing street ball in these though, as there is no lockdown to speak of. Casual wear however, is perfectly fine. 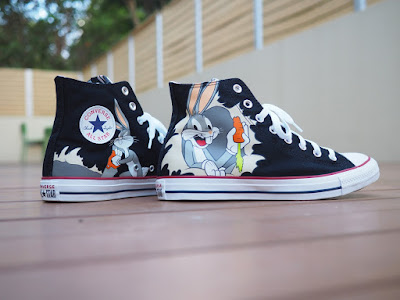 Quite possibly the only pair of sneakers this year that I probably won’t wear. Bugs Bunny was a part of my afternoon after school. Along with Sophie Lee. Ahem. To be honest, right now, anything that is nostalgic for me is pretty much a “shut up and take my money” prospect. I especially like that Bug’s cheeky personality comes through on the sneakers. Much like the Homer Simpsons Chuck Taylor I have from a few years back - these will most likely remain a pair of “collection/display” sneakers. 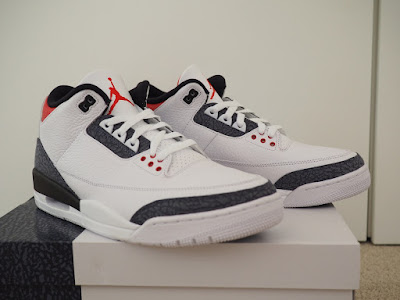 This was an unexpected find actually. I was on lunch break one day and decided to pop into the George Street Footlocker to have a look, given I haven’t been in for a while. I saw someone else was trying on a pair of the Jordan 3 Denims. I thought they’d all sold out on release, so I tried my luck and asked the staff whether they had any left in my size. He went out back and brought out the last pair they had. My size! Given how difficult retro Jordans were to come by these days, and to be able to get a classic one with pretty decent colour blocking, AND at a discount for being a member, well… I couldn’t say no…

There are a few late additions for 2020 (December 31st to be exact) which will still count towards 2020 pick-ups, except I won’t take delivery for at least another week or so. Why such a splurge right on the last day? Because I am going to try and be disciplined and do this year what I was supposed to do in 2020, which was to consolidate, and so a literal last minute splurge before the self-imposed disciplinary action… But I will do a review on them once I receive them, and I’m cautiously optimistic that they won’t be disappointing (unlike a number of pairs this year).