NanoBlocks Vs Petit Blocks: The Block Comparo You Didn't Know You Needed Until Now

Look before we even begin, I am firmly in the Lego camp, having been brainwashed and brought up on it since I was a wee lil lad, but Legos are also expensive. And space consuming. And when space is at a premium, you downsize. Right? Mini doesn’t quite cut the mustard. You need to size down further... until you reach the nano stage! 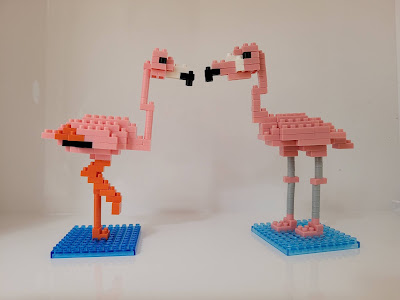 To be quite honest I only very lightly dabbled in Nanoblocks, partly due to its basic, blocky nature which can make certain object look cute, in a very low-res sort of way, but these tiny blocks ain’t cheap cheap either. A smallish, basic set will set you back $13 dollar bucks, and the bigger sets, well... 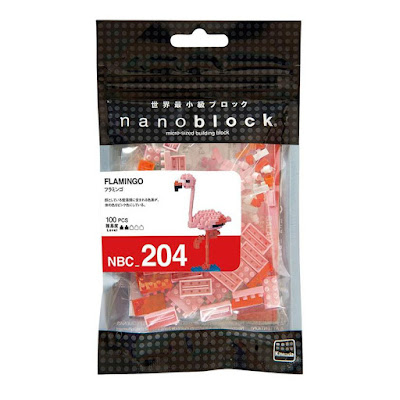 They also lack the “clutch power” that Lego offers, meaning they can be quite flimsy, and at their size, if you accidentally break something and the pieces fly off, you’re not likely to see them again. Hence the generous amount of spare pieces included with each set.
It wasn’t until the kids and I saw these Daiso “Petit Block” that piqued our interest. They looked exactly like Nanoblock, and at $2.80 a pack, who cares if they turn out to be rubbish? It was worth a punt. And punt we did. (It was also the school holidays so I was desperate for anything that might occupy them a while so I could have some peace and quiet.) 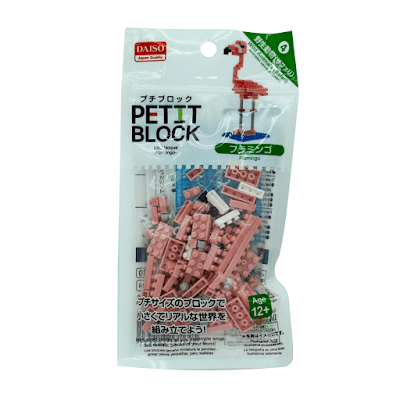 Imagine my surprise when they turned out to be a lot better than I’d hoped. The blocks fit very tight, which to young hands can be quite difficult to fit, but once fitted they don’t fall apart as easily as... With the initial impression being so positive, we then decided to invest more. But, how much alike are they? Obviously the Petit Block is the most sincere form of Nanoblock flattery, there are some subtle differences. I just happened to have the flamingo in both version, so a comparison is a must. 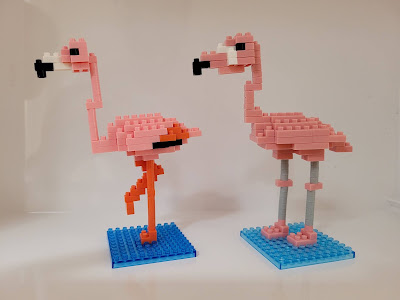 These are two distinct interpretations of the flamingo, with the pose better on the Nanoblock and the colours slightly more realistic on the Petit block. Nano also uses round blocks for the neck, and has a sleeker overall design. The Petit Block though, having both legs firmly attached to the "water" is less likely to come part. Something else you don't notice until comparing the two side by side is the fact that the Petit Block is very slightly bigger than Nanoblock, so the two systems are unfortunately, incompatible.
Overall, straight out of the bag, the designs of the Petit Block leaves much to to be desired but this is the thing about blocks. You can change it. Make it look better, or have a better stance. You are only limited by your imagination. No need to follow the instructions if you feel like you can do a better job. And therein lies the rub. At $2.80 a packet you could buy multiples and let your imagination run wild in the world of 8-bit-esque 3D block party, without feeling the pinch. Your wallet and your sanity will thank you.  Whereas with Nanoblock, you feel obliged to build what is offered and instructed, and because it’s so flimsy, you are half tempted to just glue the whole thing and leave it on display.
Ultimately it comes down to you and what you want to build. Petit Block is inexpensive but it is the more limiting in terms of range of colours, choice and types of blocks. However, there are enough options and definitely a great way for anyone to be creative on a tight space and monetary budget.
Posted by The Sydney Tarts at Tuesday, January 12, 2021