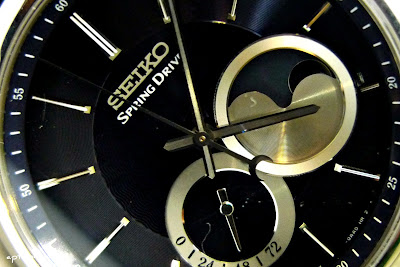 Sometimes I like to look back on a watch a few years after its release, especially if, at the time, it was much heralded for technical and aesthetic reasons, and an award winner to boot, to see how it’s faring, and to assess whether my feelings about it have changed. This is one of those watches.

Having been launched in 2005, Seiko’s Spring Drive is no longer considered a novelty, and far more widely known and accessible than it was at its birth, when its availability was fairly restricted.

If you don’t know of the Spring Drive range and why it is so special, technically speaking, here’s an introductory video. You can read more about the Quartz Astron that is mentioned at the beginning of the video, here. 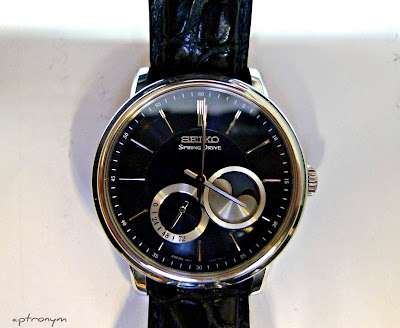 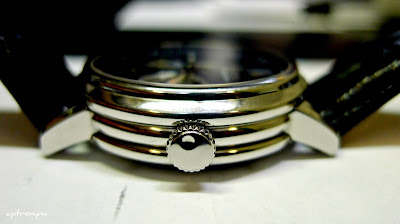 Despite being quite an elegant timepiece, it is also a fairly robust one. The case and crystal cannot be called delicate, and it sits quite largely for a 42mm watch because of its thickness. 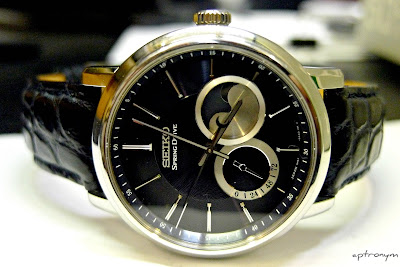 To my mind, this is arguably the most beautiful Spring Drive (limited or otherwise) produced by Seiko to date (though I am also partial to the Spacewalk). As is the brand’s habit for dress watches, the dial is very clean, the moon an example of a pure and pared-back design that is very modern, but not dated.

When it was released in 2008, the LE Spring Drive Moon Phase it won German watch magazine Uhren-Magazin’s "Golden Balance Wheel Award" in the "up to 5000 Euros" category. 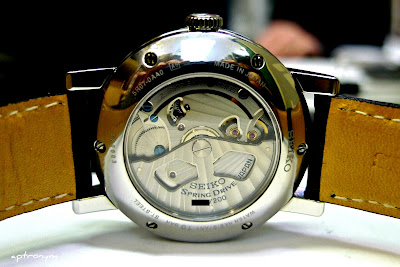 A Spring Drive’s gliding hands are something that has to be seen in the flesh, if you have not seen it before. I was drawn to the look of the watch when I first saw it, and three years have not diminished its beauty for me.

It has proven to be a versatile watch, worn equally well with shirt and jeans as a suit. Functionally, it has been gliding along happily for its owner, with no problems. It has not been a safe queen. Semi-regular use has not resulted in it looking a lot the worse for wear, and the sturdy strap is still in very good condition. All up, the Moon Phase has proven to be a watch that has given a lot of pleasure, has not dated, and is a 'keeper'.

oh look at that mvt!!! one would be fooled to think it's purely mechanical! :)

kinda regretting not getting that spring drive when it was on sale. oh well....